You are using an outdated browser. Please upgrade your browser to improve your experience.
Apple's Software
by Jeff Byrnes
June 5, 2015

Earlier, Bryan Wolfe provided his list of the 10 things we want to see Apple announce for “iOS 9″ at the June 8 keynote for WWDC. While I totally agree with what he has laid out in his wish list, I’ve got a slightly different take on the matter. I hope to see these four things announced for inclusion in iOS 9.

In the past few years, iOS has become very bloated and buggy. I’m hoping that Apple is serious about putting their focus on slimming down the install size of iOS 9 and improving the stability. Also, for heaven’s sake, let’s fix the Messaging bug that crashes your iPhone!

I don’t follow the stock market, and there are weather apps much more robust than Apple’s stock software. Don’t even get me started on the Apple Watch app. Once and for all, Cupertino needs to give us a way to delete these unwanted apps from our iPhones, rather than having to shuffle them away in a folder somewhere. Even though it’s easy enough to hide these apps from view, they still take up valuable space on my iPhone, and I want to be able to delete them.

3. Location services in the Control Center

Don’t get me wrong here, I don’t want to see the Control Center get cluttered with dozens of icons. However, I would love to be able to toggle Location Services off and on from the Control Center, rather than having to dig through the Settings app to turn the feature off. There are plenty of times when I just don’t want or need Location Services active, and it would be very handy to be able to quickly disable it and then enable it again when I need the functionality.

Recently, PayPal issued an update for its app that completely killed the software for me. Enabling Touch ID was definitely a nice addition to the software, but I couldn’t use it until the next day when another update was rolled out. For many apps, these bugs don’t get resolved so quickly, so it would be nice to be able to roll back to a previous version rather than being stuck with a crashing app because of a bad update.

That’s my list, slim as it may be. The bug fixes and performance improvements could take a lot of development energy, so I’ve tried to limit additional features to just a handful. What will Apple actually have in store for us on June 8, though, when they announce iOS 9? We will be reporting on the keynote, so stay tuned. 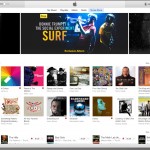 Apple and record labels still in talks just before WWDC
Nothing found :(
Try something else