You are using an outdated browser. Please upgrade your browser to improve your experience.
Apple's Software
by Joe White
May 27, 2015

The latest iOS bug threatening iPhone owners sees a string of characters and symbols crash handsets when sent as an iMessage or SMS message.

Once the message, which MacRumors details in a recent post, reaches your iPhone, the smartphone will respring immediately. However, after the iPhone has been rebooted, reopening the Messages app (which will take you back to the messages thread involving the offending character string) will see your handset crash and reboot again, rendering users unable to access the Messages application without initiating the respring.

MacRumors adds, though, that there are a few possible fixes for the issue.

Sending yourself a message using Siri seems like the easiest option to me. Just say, “Send a message to myself,” and the virtual personal assistant will take care of the rest.

According to MacRumors, who cites this Twitter user, Apple is aware of this bug and is working to fix it. Hopefully it won’t be long until a solution reaches iOS through a software update, though in the meantime, one of the above fixes should help you out if you’re unlucky enough to encounter this problem.

Of course, you can edit the addresses at which you can receive iMessages from inside the iOS Settings app.

See also: Apple Watch only game Runeblade receives it first major update, A new update for Minecraft – Pocket Edition, arriving soon, will bring skins and much more, and Send a message or phone a friend from your Today screen with Widget Dial. 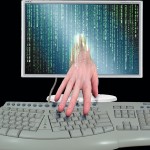 'FREAK' security bug found in Safari
Nothing found :(
Try something else