You are using an outdated browser. Please upgrade your browser to improve your experience.
iDevices
by Brent Dirks
July 27, 2015

We’ve got some bad news for anyone hoping for an “iPhone 6c” to arrive sometime in 2015. At least according to one analyst, Apple has apparently scrapped those plans.

Business Insider recently reported on a note to investors from analyst Timothy Acruri at Cowen and Company.

In the note, he said Apple was very close to starting production on an “iPhone 6c” running on the same internals as the iPhone 6 and iPhone 6 Plus. Just like the pictured iPhone 5c, it would have only featured a smaller, 4-inch screen and act as a low-cost option for users not interested in purchasing the next-generation “iPhone 6s” or “iPhone 6s Plus.”

Supply chain research showed preparations for the phone starting in January. But by March, any traces of the handset disappeared. And the analyst has an interesting idea on why Apple scrapped the phone:

“I think one of the reasons is because the iPhone 6 has sold so well,” Arcuri said. “And they said, ‘Look, why would we want to cannibalize? If we came out with an iPhone 6C, we would essentially cannibalize a price-reduced iPhone 6.'”

Arcuri has said in the past that believes the iPhone 6 and iPhone 6 Plus will continue to sell well even after Apple releases its new iPhones — especially if Apple reduces the phones’ price.

While the colorful iPhone 5c, which originally arrived back in 2013, sold relatively well it was far from an unbridled hit as most users bypassed the cheaper option to purchase the iPhone 5s.

Even though there are still some users out there wanting a new iPhone with a 4-inch screen, it makes sense that Apple wants to ride the unbridled success of the iPhone 6 line for another year. Like Acruri, I think a lower-cost iPhone 6 or iPhone 6 Plus could easily draw more users into the Apple ecosystem.

For other recent news today, see: It’s time to say goodbye to Google+ once and for all, Act like a pro even on a limited budget with Guerilla Filmmaker, and Is China doing all it can to stop iPhone counterfeit rings? 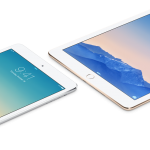 Cupertino is challenged on Apple Watch sales, Apple Music reliability
Nothing found :(
Try something else