You are using an outdated browser. Please upgrade your browser to improve your experience.
That iThingy You're Wearing
by Jeff Byrnes
July 22, 2015

During Tuesday’s earning results call, Cupertino held true to its promise not to reveal the exact number of Apple Watches sold during the wearable’s first quarter. However, that hasn’t stopped research firms from trying to make educated guesses based on the numbers Apple did reveal. Market research firm Canalys has published its own estimate, suggesting that Cupertino shipped 4.2 million Apple Watches during the quarter ending June 30.

If Canalys has the right numbers, that figure would surpass smartwatches and fitness trackers by companies like Fitbit and Xiaomi, Canalys said. Even though the device starts at $349, more expensive than most of the competition, sales of 4.2 million units exceeds what competing products have sold. This is also despite two factors that Canalys says hindered early device sales: missing the 2014 holiday buying season and supply constraints for the first couple of months after the launch.

No sales slump, after all

During the results call, Apple CEO Tim Cook stated only that sales of the wearable device had exceeded internal expectations and that the device sold better in June than it did in April or May. This disproves theories that Apple Watch suffered a sales slump after the initial preorder period.

What are the numbers, really?

As we mentioned in our coverage of the earnings results call, the “Other” category in which Apple Watch is lumped saw a spike of almost $1 billion. Assuming an average sale price of $400 to $500, that would suggest Cupertino sold around 2 million to 2.5 million Apple Watches. Until Apple tells us for certain, though, we can only guess. 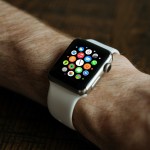 Try Apple Watch before you buy it with Lumoid
Nothing found :(
Try something else