You are using an outdated browser. Please upgrade your browser to improve your experience.
Apple On The Street
by Brent Dirks
July 21, 2015

Once again, the iPhone powered the company during the quarter with 47.5 million handsets sold. Around 10.9 million iPads were sold during the timeframe.

Apple stuck to its promise and didn’t release specific Apple Watch sales numbers by including the new device in the “Other” category. But an almost $1 billion spike in the category during the quarter shows that Apple sold anywhere from 2 million to 2.5 million units, assuming the average sale price was in the range of $400 to $500.

While the numbers once again looked strong, Wall Street remained unimpressed. Many analysts expected Apple to sell more than 50 million handsets, and Apple shares are down in after-hours trading.

“We had an amazing quarter, with iPhone revenue up 59 percent over last year, strong sales of Mac, all-time record revenue from services, driven by the App Store, and a great start for Apple Watch,” said Tim Cook, Apple’s CEO. “The excitement for Apple Music has been incredible, and we’re looking forward to releasing iOS 9, OS X El Capitan and watchOS 2 to customers in the fall.”

“In the third quarter our year-over-year growth rate accelerated from the first half of fiscal 2015, with revenue up 33 percent and earnings per share up 45 percent,” said Luca Maestri, Apple’s CFO. “We generated very strong operating cash flow of $15 billion, and we returned over $13 billion to shareholders through our capital return program.”

Starting at 2 p.m. PDT, Apple will hold a financial results conference call for analysts. Anyone can listen by heading here. We’ll update you if Apple announces any big news during the audio webcast. 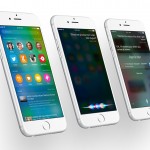 Home Sharing for music returns in iOS 9 beta 4
Nothing found :(
Try something else