You are using an outdated browser. Please upgrade your browser to improve your experience.
The People Behind Apple
by Joe White
July 1, 2015

The upcoming “Steve Jobs” biopic from Aaron Sorkin is due to hit theaters in October this year. In anticipation of the movie’s release, however, the first in-depth trailer for Sorkin’s “Steve Jobs” has recently surfaced online, and provides Apple fans with a closer look at the film adaptation of Walter Isaacson’s biography.

Directed by Danny Boyle, the movie provides a look at the life of Apple co-founder and former CEO Steve Jobs using the lens of three different Apple product releases: the original Mac, the iMac, and the iPhone. As such, the movie is made up of three 30-minute segments, according to Sorkin, with each segment taking place moments before each one of the aforementioned launches. Not long ago, we also heard that because of the nature of the film, “Steve Jobs” would require just four different shooting locations – “two auditoriums, a restaurant, and a garage,” Sorkin explained. We also got to take a sneek peak at the new movie, thanks to the release of a preview trailer.

This new trailer, of course, provides us with a better idea of what “Steve Jobs” is going to look like. Michael Fassbender takes the lead role as Jobs himself, and Seth Rogan stars as Steve Wozniak. Below, we’ve embedded the trailer for your viewing pleasure. Take a look:

I’m not sure Fassbender looks much at all like Jobs, and this could pose a problem for fans hoping to fully immerse themselves in the picture. Though Sorkin initially dismissed Michael Fassbender as an insignificant actor, he has since described Fassbender as “a great actor whose time has come.” Here’s hoping Fassbender delivers in the role of Steve Jobs.

More specifically, “Steve Jobs” is due to reach theaters on Oct. 9, 2015. It promises fans a look behind the mighty persona of Steve Jobs, exploring the CEO’s personal life and the factors which motivated him to innovate. “Musicians play instruments; I play the orchestra,” Fassbender (as Jobs) says in the trailer. We can’t wait to see how the great maestro appears on-screen. 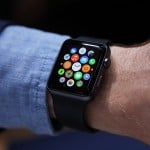 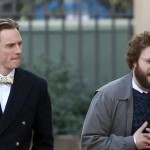 Watch the first trailer for Aaron Sorkin's Steve Jobs biopic
Nothing found :(
Try something else