You are using an outdated browser. Please upgrade your browser to improve your experience.
That iThingy You're Wearing
by Jeff Byrnes
July 21, 2015

You think you want an Apple Watch, but you are still on the fence about it. It’s a big investment, and you might not be sure that you would use the wearable device enough to justify plopping down at least $349 for something that could wind up just sitting in a drawer. It would be fantastic if you could try one out for a week or two and decide from there. I had just that opportunity, and so can you, with Lumoid.

From photo and video gear to wearables

Lumoid launched in January 2014 as a service for renting cameras and other photography equipment. The company quickly expanded to offering wearables and other consumer electronics. Lumoid decided shortly after the announcement of Apple Watch to add Cupertino’s smartwatch to its product catalog. Lumoid also offers Withings smart scales, Fitbit devices, and various Android Gear smartwatches, among other products.

Ordering my rental items from Lumoid was quick and easy. For $45 to $65, you can rent five items for 14 days. Of that cost, $25 to $35 gets applied to the purchase price of any item you decide to buy. I quickly picked out my Apple Watch, and tossed in four Android Gear smartwatches to round out my box of goodies. Lumoid shipped my items within two days, and I had my toys in less than a week from when I placed my order. The items arrived attractively packaged in blue mesh bags, nestled inside a sturdy box. Shipping both ways is free, and you’ll find a packing list and return label in the box. 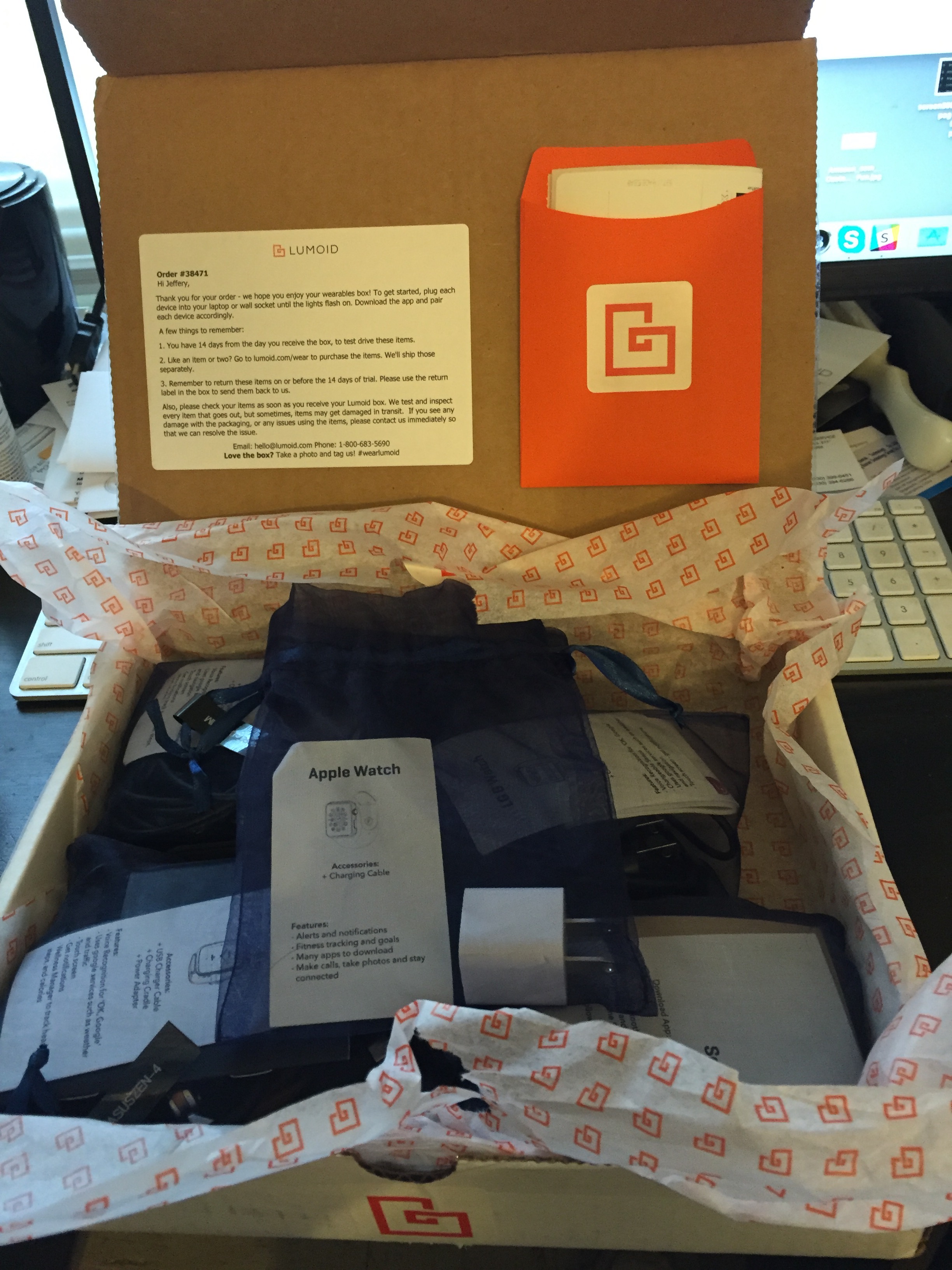 Quality of the Products

The smartwatches I received from Lumoid were in very good condition, but one of the devices showed a little bit of band wear from previous renters. I also noticed that some of the devices had not been factory reset, which could be a privacy concern for data stored on the smartwatches. The Apple Watch looked brand new, though, without so much as a scuff. Overall, I was quite pleased with the products shipped to me. Apple Watch was my favorite, of course. 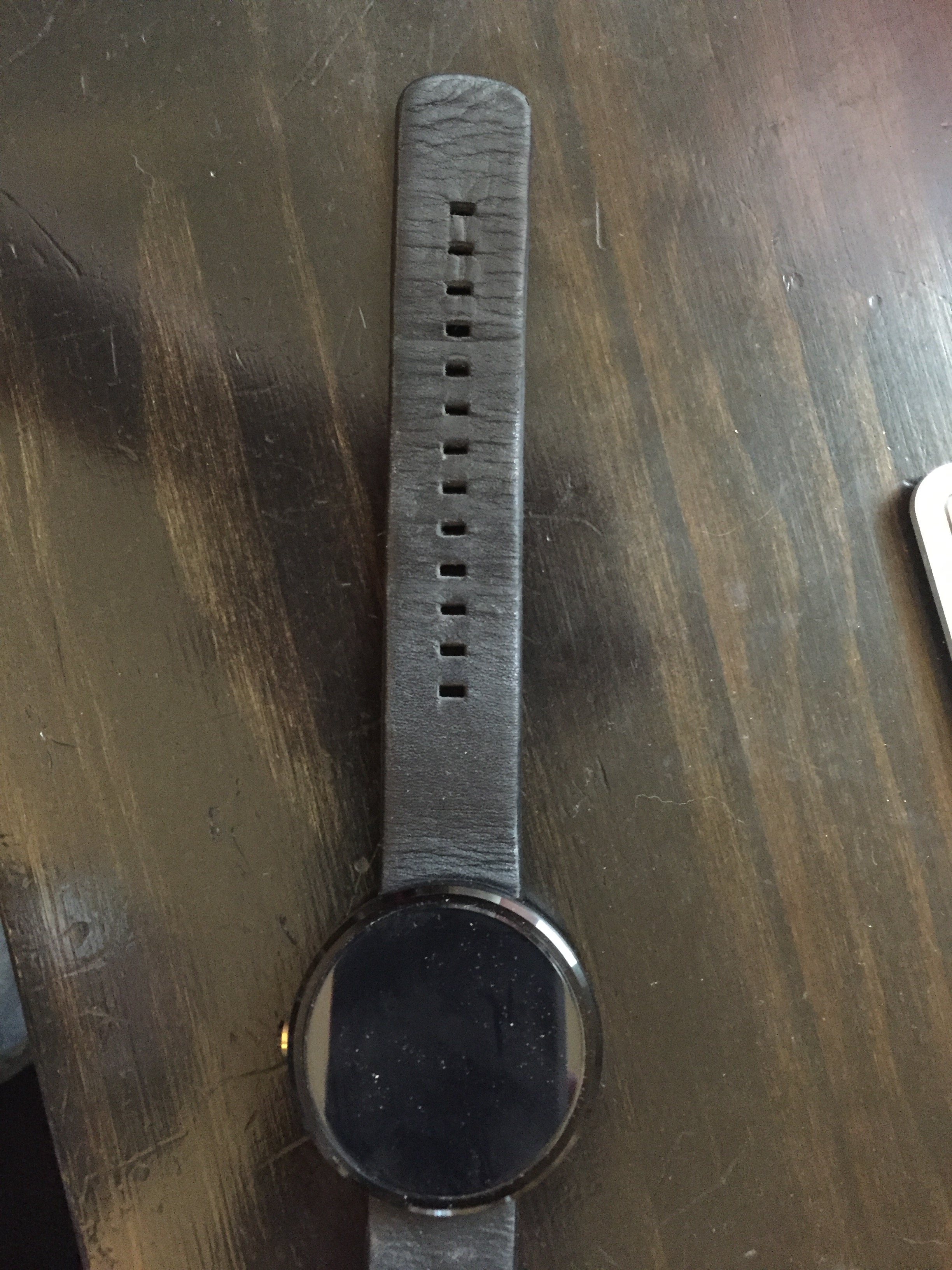 I have small wrists, so I ordered the 38mm Apple Watch. When I put it on, though, I quickly realized that my wrists aren’t as small as I thought. I emailed customer service, because my thought was that if I decided to buy an Apple Watch, I should get the larger size. I asked if my rental credit could be applied to a different model if I chose to purchase, and within a couple of hours Lumoid’s customer service replied with a yes.

Lumoid is a very thoughtful, helpful company to work with. It’s a great option for trying out an expensive device before you decide to make a purchase. Sure, I could go to an Apple Store and try one on for 15 minutes, but the luxury of being able to test the device for two weeks is a far better option. If you aren’t sure whether or not you would use an Apple Watch enough to justify the purchase, renting it first is a great idea. I wish they did the same thing with other Apple devices, too.

How satisfied are early adopters with their Apple Watches?

Numbers for Apple's third quarter FY 2015 earnings call
Nothing found :(
Try something else