You are using an outdated browser. Please upgrade your browser to improve your experience.
That iThingy You're Wearing
by Brent Dirks
August 26, 2015

While the senior vice president of retail and online stores discussed a number of topic like business sales, there was one part of her message that caught our eye –  first spotted by our sister site WatchAware.

Here’s more about the video, via 9to5Mac:

Besides talking about improvements to business sales, showing off the Apple Watch in store, and stating that a “global solution is coming shortly” for promoting Apple Music in stores, Ahrendts used her own personal experience with her children to introduce a new Apple Watch sales tactic. Ahrendts told employees that the Apple Watch is “the greatest back to school item this year” as it can be used in the classroom without a teacher seeing, unlike with a larger iPhone. “I don’t think the teachers have caught on to the Watch yet,” Ahrendts said, adding that retail staff should tell students to “jump on it before the teachers do.”

That’s definitely interesting to hear such an important player at Apple implying that students could use one of the company’s products to cheat or not pay attention in class.

And on a personal level, with both my wife and mom dedicating their professional lives to education, just the implication is definitely offensive.

Our hope is that Ahrendts was simply joking, and it’s impossible to tell since we haven’t seen the video itself. But with all that Apple has done in the education market – from the days of the the iconic Apple IIe to the ubiquitous iPad in today’s classrooms – even joking about cheating is a line that Apple executives really shouldn’t cross.

Instead, the company should focus on continuing to empower students and educators with its technology.

What do you think about Ahrendts’ comments? 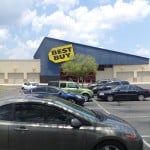 Apple Watch is coming soon to all of Best Buy's stores 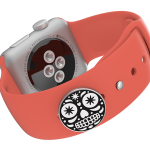 Review: WatchPops add a burst of fun to your Apple Watch
Nothing found :(
Try something else