You are using an outdated browser. Please upgrade your browser to improve your experience.
Ads, Ads & More Ads
by Joe White
August 24, 2015

It looks like Apple could be planning an interesting, new ad campaign for its upcoming "iPhone 6s" and "iPhone 6s Plus" handsets, according to a recent report.

MacRumors shared the news recently, explaining that Cupertino is reportedly in talks with a handful of popular YouTubers regarding some kind of collaboration. Louis Cole (of FunForLouis, a hugely popular YouTube Channel), for instance, confirmed in a video posted earlier this month that he’s "going to be doing some stuff with Apple." He remained quiet on the details, however, adding: "I can’t tell you more than that."

The article also highlights a further report from AdWeek, which explained that Wong Fu Productions met with Cupertino during VidCon, and discussed a similar collaboration deal.

MacRumors draws similarities between a possible YouTuber ad campaign and Cupertino’s Tumblr campaign, for the iPhone 5c. As we explained at the time, this campaign provided a new, interesting way for users of the service hear about the launch of the smartphone:

the new campaign consists of a handful of short ads which seem to last no longer than 16 seconds. Each one focuses on a different colored iPhone 5c handset that’s been equipped with one of Apple’s official iPhone 5c rubber cases; the resultant dot effect forms the basis of animations concerning rock concerts, carnivals, ice skating, and more.

The ads are short and sweet, featuring music and sound effects, and concluding with a related statement. The red and white advertisement, for example, concludes: “Porte des Lilas” (referring to the famous Paris Métro station). “Le Poinçonneur des Lilas” by Serge Gainsbourg is played during the course of the video.

Launching a campaign through a selection of handpicked YouTube Channels could allow Apple to target a younger audience through its advertising. It’ll be interesting to see how this one plays out.

The AppAdvice tech week in review: Getting ready for Apple's 'iPad Pro' 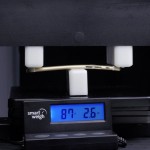 Next-generation iPhone found to use stronger aluminum alloy
Nothing found :(
Try something else