You are using an outdated browser. Please upgrade your browser to improve your experience.
Apple's Software
by Brent Dirks
August 6, 2015

Apple has just released the fifth beta version of iOS 9 to registered developers. It can be downloaded now over-the-air or through Apple’s Developer Center.

One of the improvements we’ve found is the addition of Wi-Fi calling for AT&T customers. Sadly, though, the feature doesn’t seem to be working yet. Other additions include new beautiful wallpapers that are designed to highlight the Retina Display on your iPhone and iPad and other small keyboard tweaks.

The new beta comes after the release of iOS 9 beta 4 in late July.

Some of the improvements in iOS 9 include a smarter Siri, advanced multitasking capabilities for iPad users, and the native Apple News app.

The final version of the software is planned for release sometime in early fall right before the introduction of new iPhone models. OS X El Capitan and WatchOS 2 are also expected to be released during that same timeframe. 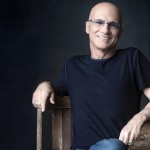 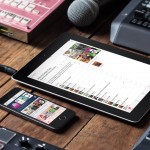