You are using an outdated browser. Please upgrade your browser to improve your experience.
The People Behind Apple
by Joe White
August 31, 2015

It’s common knowledge that Apple can’t make a single high profile hire without someone, somewhere, reading into the move. Most recently, the folks at Cupertino poached one of the lead audio engineers from Microsoft’s HoloLens augmented reality (AR) project, leading to widespread speculation that an upcoming AR product from Apple could be in development.

The former Microsoft engineer, Nick Thompson, is, according to his LinkedIn page, now an engineer working at Apple. The news, which reached us from AppleInsider, could indeed point to an in-development Apple-designed AR product; as the publication notes, Thompson was the HoloLens Audio Hardware Engineering Lead from September 2012. In a note to investors provided to AppleInsider, noted analyst Gene Munster offered his take on the hire, writing:

We believe AR audio is often thought of as not important or secondary to the experience, however, we believe positional audio is what sells the experience and convinces the user there is a real object in front of you or behind you. The ability to re-create sound coming from a distinct location and changes based on proximity and direction of the object should not be overlooked.

This isn’t the first time Munster has weighed-in on Apple’s supposed interest in AR. Because back in March, the analyst argued that Apple was indeed focusing on the development of an AR product; my colleague Jeff Byrnes wrote:

It’ll be interesting to see where this hire takes Apple, and how its much-reported (yet highly secretive) work in the field of AR develops. Here’s hoping that when, or if, such a product comes from Cupertino, it meets with more success (and longevity) than the infamous Google Glass.

As usual, we’ll keep you updated with further information as we receive it. 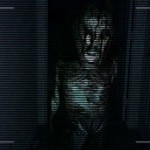 Turn your home into a horror game in Night Terrors 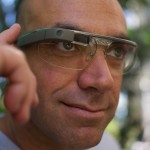 Is Apple the next name in augmented reality?
Nothing found :(
Try something else