You are using an outdated browser. Please upgrade your browser to improve your experience.
iDevices
by Joe White
August 12, 2015

Apple’s next-generation iPad mini 4 is taking a lot of cues from its big, 9.7-inch brother. Because aside from borrowing from the design of the iPad Air 2, it seems the iPad mini 4 is set to offer another feature so far reserved for the larger tablet: split-view multitasking.

According to 9to5mac, files inside of El Capitan — Apple’s upcoming release of OS X — indicate that the next-generation iPad mini will indeed support split-screen multitasking, allowing users to display two separate iOS applications on the same screen (and to interact with both, simultaneously). This feature was previewed extensively during Apple’s June WWDC keynote, and it’s one of the best changes iOS 9 is bringing to the iPad platform.

The iPad Air 2’s more powerful A8X processor allows it to offer support for split-view multitasking now, yet other devices (including the third-generation iPad mini) aren’t compatible with the feature. However, if the above image is to be believed, we’ll indeed be seeing split-view multitasking launch on the next-generation iPad mini later this year. Naturally, we’re expecting the tablet to offer an improved processor as a result. Though nothing has been confirmed, Apple may unveil its new iPads alongside its next-generation iPhone handsets at its annual special event in September.

The resource file shown above from the upcoming OS X El Capitan’s Safari 9 browser shows support for a split-screen view of Safari on the iPad mini. Additionally, a developer tool in El Capitan for testing the responsiveness of website designs allows developers to simulate an iPad mini 3 (which does not support split-view) running Safari in a split-view mode. With both the testing capabilities and settings image present in the upcoming version of Safari, we believe that the functionality is coming in a future iPad mini update.

As such, big changes are expected for the iPad mini. Last year, little apart from support for Touch ID, Apple Pay, and a gold color option reached the 7.9-inch device, and so a significant update is indeed long overdue. Roll on September. 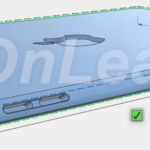 Images claim 'iPad mini 4' should be as slim as the iPad Air 2
Nothing found :(
Try something else