You are using an outdated browser. Please upgrade your browser to improve your experience.
Pocket Gaming
by Joe White
August 11, 2015

The Walking Dead: No Man’s Land, a brand new iOS game based on “The Walking Dead” TV show, is set to launch on the App Store this October, according to developer Next Games. Plus, in celebration of the news, the Finnish games studio released the first trailer for the game, which we’ve embedded below.

Unlike Telltale Games’ The Walking Dead game series (which is based on the graphic novel series set in the same universe), No Man’s Land allows iOS device owners to get more involved in the story’s nerve-wrecking action. In the game, you take on the role of Daryl Dixon: “the crossbow-toting, fan-favorite character, portrayed by actor Norman Reedus in the TV series,” Next Games explains. You’ll need quick reactions and a strong survival instinct in order to guide Dixon through the post-apocalyptic landscape he’s found himself in, and towards safety.

In the press release, Next Games explains:

The Walking Dead: No Man’s Land is centered around surviving in a hostile, post-apocalyptic world, fighting the walker menace and making tough choices about the fate of the player’s survivor group. During the course of the game, players will need to choose the right people with the right skills and weapons to take down walkers, survive missions and save other survivors. A recurring theme of choosing the best survival strategy and making the right tactical choices is at the heart of the game.

This all sounds great to us. Mac McKean, senior vice president of digital media for AMC and SundanceTV, added: “The Walking Dead: No Man’s Land has the thrill of hand-to-hand walker combat, but players also get the opportunity to solve strategic puzzles, build their own survival refuge and develop their group. ’s a beautifully rendered, thoughtful and engaging mobile game, and we’re so pleased with what our partners at Next Games have created. We’re looking forward to giving fans an exciting new way to engage with the world of ‘The Walking Dead.’”

To say we’re excited for the release of this game would be an understatement.

Thankfully, however, we don’t have long to wait until The Walking Dead: No Man’s Land graces the App Store. In fact, in the same press release Next Games confirmed that we’ll be seeing the game launch on iOS in October 2015. Its release is scheduled to occur alongside the launch of The Walking Dead’s sixth season, and this’ll reboot with an extended 90-minute episode on Oct. 11, 2015, at 9:00 p.m. (ET/PT) on AMC.

Are you ready to brave The Walking Dead: No Man’s Land? 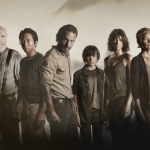 The 10 biggest technology stories this week: Apple Watch snafus, Hulu's plans for 'Fear The Walking Dead' and the arrival of the LG G4
Nothing found :(
Try something else