You are using an outdated browser. Please upgrade your browser to improve your experience.
iDevices
by Joe White
August 10, 2015

I hope you like your small-size iPads on the slim side. Because according to claimed 3-D CAD images depicting the incoming fourth-generation iPad mini (the “iPad mini 4,” as we’re calling it), Apple’s soon-to-be-released 7.9-inch tablet should be as thin as the current-generation iPad Air 2.

The iPad Air 2 is crazy-thin, believe me. And having a next-generation iPad mini that’s as slim as this device would be a natural move for Cupertino to make. This new report comes from the usually-reliable @onleaks (via 9to5mac), and it indeed indicates that the iPad mini 4 should have a thinness of 6.1 mm. This marks a big change over the thinness of the previous-generation iPad mini 3, which stood at a chunkier (but nevertheless reasonable) 7.5 mm.

Take a look at the below video from @onleaks, which provides a closer look at the claimed CAD images for the next-generation iPad mini:

Of course, this doesn’t come as much of a surprise. According to previous reports, the iPad mini 4 has long been expected to borrow from the form factor of the larger tablet. Though despite all this promising news, after dabbling with iPad minis in the past, I’m personally looking forward to seeing what Apple does with its larger, 9.7-inch iPad Air line. Could an “iPad Pro” be in the works? We’ll have to wait and see. 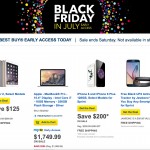 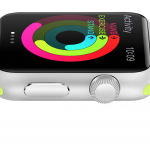 Could Apple bring a gold Apple Watch Sport to the market?
Nothing found :(
Try something else