You are using an outdated browser. Please upgrade your browser to improve your experience.
iWallet
by Jeff Byrnes
August 17, 2015

It seems like Apple Pay is slow to catch on, with only a handful of banks adopting the technology each month. I’ve wondered why this is, and I’m sure you have, too. Recently, information released about the struggles Cupertino is having getting Apple Pay deals in place with Australian banks points to what may be the biggest obstacle to the payment method’s growth.

In Australia, that’s how much banks earn on interchange fees, the price merchants pay to be able to use the credit and debit card payments infrastructure. According to The Sydney Morning Herald, interchange fees in the United States are approximately $1 for every $100 of transactions, and the amount in Australia is roughly half of that figure is roughly half. Apple is believed to earn $0.15 on every $100 of transaction fees in the U.S., and is asking banks for the same amount in Australia.

Is Apple’s slice too big?

It doesn’t take a degree in mathematics or accounting to understand that asking for $0.15 on a $0.50 fee is looking for quite a bit more than asking for the same amount on a $1.00 payment. The Australian banks aren’t willing to cede that much money, and rightfully so. Factor in the fact that the Reserve Bank of Australia is trying to push interchange fees down even further, to $0.30 per $100 of transactions, and you have a portion of money going to Cupertino that simply does not make sense for the banks to agree to.

Compared to adoption in other countries

Of course, Apple Pay is not only available in the U.S. The contactless payment method recently launched in the U.K., and is accepted by most of the major banks there. In the U.K., Apple’s slice of the pie was driven down much further than in the U.S., according to The Sydney Morning Herald, to “only a few pence a £100 transaction.”

Apple is charging the banks a hefty amount for them to secure a seat at the table. That fee may very well be what is slowing the growth of Apple Pay in the U.S., as well as in other countries. It certainly seems to be a huge factor in Cupertino’s slow progress at getting Australian banks to come on board with the service. If Cupertino wants to continue increasing the number of participating banks in Apple Pay, it might want to reconsider how much of the interchange fee it is asking for.

Special thanks to reader Richard for bringing this to our attention. 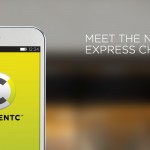 Apple Pay will have a great head start when CurrentC arrives 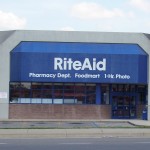 Rite Aid will accept both CurrentC and Apple Pay soon
Nothing found :(
Try something else