You are using an outdated browser. Please upgrade your browser to improve your experience.
iDevices
by Joe White
September 3, 2015

KGI Securities is out with new predictions for Apple’s incoming “iPhone 6s,” and is this time focusing on the anticipated handset’s front-facing camera.

According to the report (via 9to5mac), the camera in the soon-to-be-released iPhone 6s will be an upgraded five megapixel unit, making those all-important selfies all the more clearer and crisper. However, for those wondering if the front camera in the handset will be protected by ultra-scratch resistant sapphire glass, KGI has bad news:

Aside from upgrading rear camera module to 12MP, Apple will upgrade front camera module to 5MP […] The new iPhone may not be equipped with sapphire cover lens, as it still has quality issues on the drop test.

Sapphire is indeed more likely to smash if dropped (compared against Gorilla Glass). Though despite this, it is used on certain Apple Watch models, as well as in the rear-facing camera for Apple’s iPhone handsets.

KGI also reiterates concerns about the appeal of Force Touch, the anticipated new feature shipping with the iPhone 6s. The report added:

together with slowing consumption in China and mobile operators cutting subsidies for high-end smartphones, we expect shipments of new iPhone in 2015F to be flattish from or slightly lower than the combined 73mn units sold of iPhone 6 and iPhone 6 Plus last year.

Apple is expected to introduce its new iPhone handsets at a special media event scheduled for Sept. 9, 2015. We’ll keep you posted with further information as we receive it. 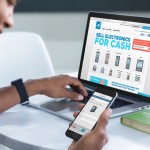 Your 2015 Apple iPhone trade-in guide: Getting the most cash for your handset 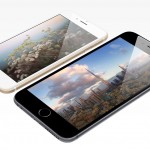 Yes, Apple will still be selling a 16GB version of the 'iPhone 6s'
Nothing found :(
Try something else