You are using an outdated browser. Please upgrade your browser to improve your experience.
All Things Mac
by Jeff Byrnes
September 9, 2015

On Tuesday, Sept. 8, Daring Fireball’s John Gruber bucked the consensus and said the “Hey Siri, give us a hint” event would lack any new announcements regarding the iPad. He admitted that he had no sources saying that, no “little birdies,” but a gut feeling based on what Apple has done in years past and how long he thinks it will take Apple to demonstrate and explain the new iPhone, redesigned Apple TV, and updated information about Apple Watch.

On Sept. 9, Gruber retracted his prediction in a simple, concise paragraph:

Lot of little birdies out tonight in San Francisco. The consensus is that there’s only going to be one Apple event this fall, and it’s tomorrow. So if there’s an iPad Pro, it’s coming tomorrow, no matter how much or how little sense that makes.

Let’s think about what it will mean if Apple decides not to hold an October event this year. Traditionally, the September event has been used to announce new iPhones and items related to the iPhone. We’ve seen Apple TV announced during September events, Apple Pay, and Apple Watch. In October, we typically get news about new iPads and Macs.

If Apple chooses not to hold an October event, that means Cupertino needs to either cram everything into the Sept. 9 event or not announce anything new at all on the iPad or Mac front until next year. The problem with that latter option is OS X El Capitan: if nothing Mac-related gets announced, when does the latest version of the desktop and laptop operating system get released?

Personally, I don’t think Apple will completely ignore El Capitan, but I don’t believe CEO Tim Cook would try cramming the iPhone, iPad, Apple TV, Apple Watch, and Mac into the same event. It just doesn’t seem logical for Cupertino to hold an event long enough to cover all of that, so I’m leaning towards thinking those little birdies are wrong, and that Apple will have a second event this fall. Maybe it won’t happen in October, but it almost seems necessary for Cupertino to have at least a Mac-only event this fall. 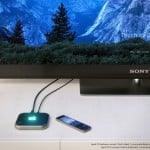 Revamped Apple TV may run 'tvOS,' according to patent filings 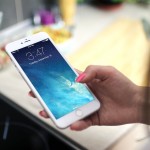 How can you make sense of the options to buy the new iPhone?
Nothing found :(
Try something else