You are using an outdated browser. Please upgrade your browser to improve your experience.
App-dicted
by Brent Dirks
September 18, 2015

In a surprising move, developer Marco Arment has just pulled his popular iOS 9 content blocker Peace from the App Store.

After iOS 9 was released on Wednesday, the app quickly raced to No. 1  on the App Store’s paid charts in the United States.

Achieving this much success with Peace just doesn’t feel good, which I didn’t anticipate, but probably should have. Ad blockers come with an important asterisk: while they do benefit a ton of people in major ways, they also hurt some, including many who don’t deserve the hit.

Peace required that all ads be treated the same — all-or-nothing enforcement for decisions that aren’t black and white. This approach is too blunt, and Ghostery and I have both decided that it doesn’t serve our goals or beliefs well enough. If we’re going to effect positive change overall, a more nuanced, complex approach is required than what I can bring in a simple iOS app.

If you’ve already downloaded the app, which originally cost $2.99, you can request a refund from Apple using these instructions. Even though it’s no longer in the App Store, if you’ve already paid for it, Peace can be accessed from the Purchased section in iTunes.

Even though Peace is gone, there are a number of other ad-blocking app options to select from including Crystal, Purify, and many others. 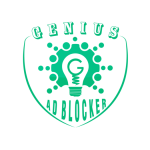 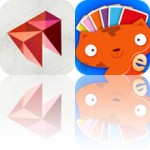 Today’s apps gone free: Content Blocker, The Room, Pry and more
Nothing found :(
Try something else