You are using an outdated browser. Please upgrade your browser to improve your experience.
Connected Theater
by Brent Dirks
October 7, 2015

It’s not exactly surprising, but a new report from Bloomberg says that Amazon is exploring the possibility of creating its own live streaming TV service.

Amazon.com Inc. is exploring the creation of a live online TV service and has reached out to major media companies including CBS Corp. and Comcast Corp.’s NBCUniversal to express interest in carrying their channels, according to people familiar with the matter.

Amazon’s deliberations are preliminary, said the individuals, who asked not be identified discussing ongoing negotiations.

And that idea should definitely sound familiar. Apple has been reportedly planning a similar option. News of the service originally leaked earlier this year. At one time, Apple was expected to unveil it at WWDC or with the iPhone 6s in September. But stalled negotiations with content providers have apparently pushed the launch date to sometime next year.

That setback didn’t stop Apple from unveiling the revamped Apple TV hardware back in September. It will be available sometime this month and start at $149 for a 32GB model. Along with true App Store support, the set-top box offers a revamped UI, Siri support, and a number of other great improvements.

For its part, Amazon recently unveiled a new version of its Fire TV box with 4K video support and more. You can read more about that device in Jeff Byrnes’ recent review.

If you can’t wait for Apple or Amazon, Sling TV is a nice and inexpensive option you can try out now. Earlier this week, the streaming service added even more live college sports action to its lineup. 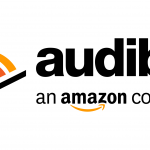 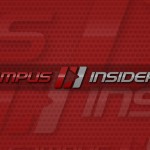