You are using an outdated browser. Please upgrade your browser to improve your experience.
Connected Theater
by Brent Dirks
October 1, 2015

Amazon is getting very serious about promoting its lineup of streaming video hardware. According to Bloomberg, no Apple TV or Chromecast devices will be available to purchase on the retailing giant starting later this month on Tuesday, Oct. 29.

The retailer recently sent an email to marketplace sellers regarding the ban. No new listings will be allowed and the existing inventory will disappear later in the month.

While Amazon is obviously trying to gain a competitive advantage for its newly updated Fire TV and the existing Fire TV Stick, the company said the ban was for another reason. Both the Apple TV and Chromecast don’t support Amazon Prime Video:

“Over the last three years, Prime Video has become an important part of Prime,” Amazon said in the e-mail. “It’s important that the streaming media players we sell interact well with Prime Video in order to avoid customer confusion.”

Roku’s lineup of boxes do support Amazon’s service and won’t be affected by the ban.

Coincidentally or not, Google has just released its new Chromecast 2.0 device and the revamped Apple TV will hit the market sometime this month.

I’m not exactly surprised to see Amazon make the decision, especially with the streaming TV device market heating up. 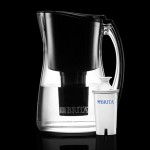 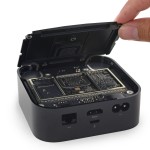 Will losing its Apple developer account hurt iFixit?
Nothing found :(
Try something else