You are using an outdated browser. Please upgrade your browser to improve your experience.
iDevices
by Brent Dirks
October 8, 2015

Apple has officially responded to reports earlier today saying that different variants of the A9 chip widely vary in battery life performance.

Two different companies – Samsung and TSMC – manufacture the A9 chip powering the iPhone 6s and iPhone 6s Plus. The Samsung chip is slightly smaller than TSMC’s version.

Here’s the complete statement given to TechCrunch:

With the Apple-designed A9 chip in your iPhone 6s or iPhone 6s Plus, you are getting the most advanced smartphone chip in the world. Every chip we ship meets Apple’s highest standards for providing incredible performance and deliver great battery life, regardless of iPhone 6s capacity, color, or model.

Certain manufactured lab tests which run the processors with a continuous heavy workload until the battery depletes are not representative of real-world usage, since they spend an unrealistic amount of time at the highest CPU performance state. It’s a misleading way to measure real-world battery life. Our testing and customer data show the actual battery life of the iPhone 6s and iPhone 6s Plus, even taking into account variable component differences, vary within just 2-3% of each other.

That’s definitely great news, and should put any unfounded speculation to rest. 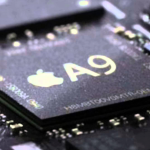