You are using an outdated browser. Please upgrade your browser to improve your experience.
The World Around You
by Jeff Byrnes
October 21, 2015

Apple has joined the ranks of technology companies in expressing its opposition to the Cybersecurity Information Sharing Act, or CISA, just days before the bill goes to a vote in the Senate. According to The Washington Post, Cupertino announced, “We don’t support the current CISA proposal. The trust of our customers means everything to us and we don’t believe security should come at the expense of their privacy.”

CISA is designed to allow companies to share cybersecurity threat information with the government and with one another, but critics say the bill would give the government far-reaching powers to spy on Americans. This is all in the name of protecting us from hackers, of course. Sen. Diane Feinstein, D-Calif., the ranking member of the Senate Intelligence Committee, rebutted that the bill would only allow companies to share details of cyber threats with the government, not personal data.

The list of companies that Apple has joined in expressing concerns about CISA is formidable, including the likes of Microsoft, Yelp, Twitter, Wikemedia, reddit, Google, Facebook, and Yahoo. Sen. Ron Wyden, D-Ore., a major critic of the bill, said that this number of companies aligned against CISA demonstrates there still aren’t enough privacy safeguards in place.

Over the past two years, Apple, and especially CEO Tim Cook, has been very outspoken about Cupertino’s commitment to privacy. At The Wall Street Journal’s WSJD Live conference, Cook expanded on his thoughts regarding the bill.

Do we want our nation to be secure? Of course. No one should have to decide between privacy or security. We should be smart enough to do both. Both of these things are essentially part of the Constitution.

The bill, according to its supporters, has an estimated 70 votes in the Senate, which is enough to approve the legislation. Let’s just hope that either CISA doesn’t have the surveillance possibilities that critics say it has, or that enough senators are persuaded to vote against it until proper privacy safeguards are put in place. 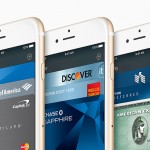 More than 70 new banks and credit unions now support Apple Pay
Nothing found :(
Try something else