You are using an outdated browser. Please upgrade your browser to improve your experience.
That iThingy You're Wearing
by Jeff Byrnes
October 2, 2015

Chalk in one more place you can go to buy an Apple Watch. This week, some Target stores will begin selling the wearable device. Apple Watch will arrive on the Target Web page on Oct. 18, and in all of its retail stores by Oct. 25, according to an announcement from the company’s headquarters.

Customers will be able to choose from 20 models, in both 38mm and 42mm sizes, including the space gray and rose gold colors. Target will also carry an assortment of bands for the Watch. The retail giant says it expects Apple Watch to be “one of the season’s hottest gift items.”

Since Target says the prices for Apple Watch will range from $349 to $599, you can assuredly expect to see both the aluminum and stainless steel options in the stores.

When Apple Watch first launched, it was only available through Cupertino’s own retail and online storefronts, along with a few high end boutiques. Best Buy soon came on board to sell the wearable devices, followed by T-Mobile and Sprint. The latest addition of Target stores makes the Watch even more accessible to consumers, since it allows them more options to look at and purchase the device.

I’m glad to see Apple Watch is selling strongly enough to continue to spread into more retail options. Many suggested Apple Watch would be a failure for Cupertino, but the expanding sales locations surely points to the success of the wearable device. 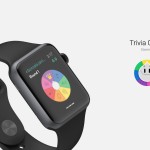 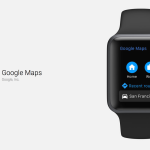 Google Maps lands on the Apple Watch
Nothing found :(
Try something else