You are using an outdated browser. Please upgrade your browser to improve your experience.
Music
by Joe White
October 27, 2015

Siri, the on-board virtual assistant in Apple’s iOS, is getting fussy. Because according to various reports (and confirmed by ourselves), the software is now refusing to answer questions concerning music charts if users aren’t subscribed to Apple Music.

If, like me, you’ve chosen to cancel your Apple Music subscription (in the end, I guess the negatives just outweighed the positives), then you’ll be able to try this for yourself. Launch Siri, ask any question you like about music charts and rankings (such as, “Hey Siri, what are the most popular songs today?”), and await your answer … or, rather, your response. You’ll get a personalized version of the below message:

Sorry, Joe. I can’t look up the music charts for you. You don’t seem to be subscribed to Apple Music.

And that’s all there is to it. 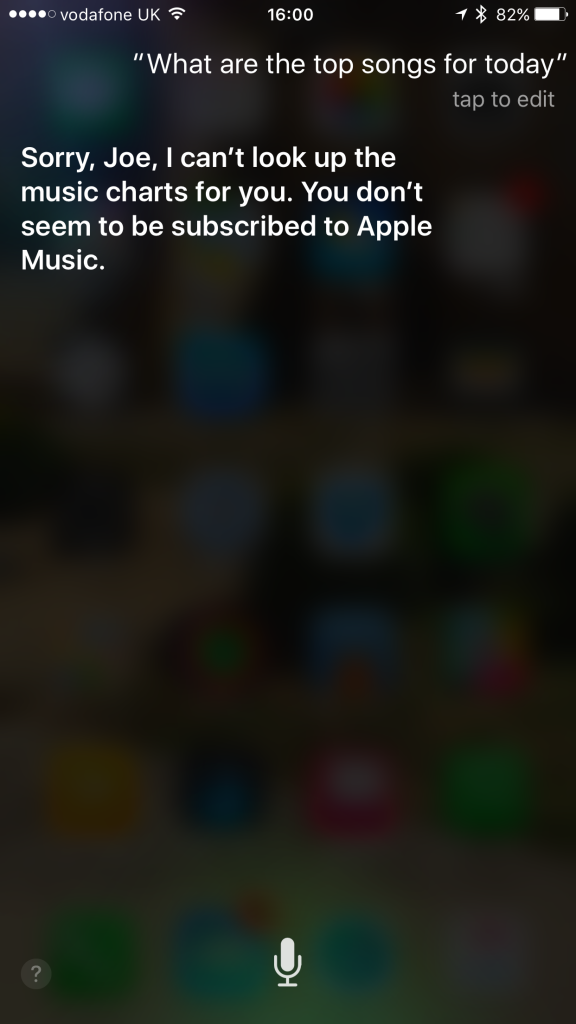 Naturally, voices from around the Internet are condemning Siri (and Apple) for limiting its service in this way. After all, Apple Music ships with Beats 1 free of charge, so why not allow all users, rather than those with a spare $9.99/month, to gain an insight into on-trend music? Moreover, asking Siri about popular movie rentals yields a prompt response, with percentage rating for popular films sourced from Rotten Tomatoes. You’ve then got the option of renting or purchasing individual films from the iTunes Store, which seems sensible.

I guess, when it comes down to it, this highlights how music discovery, including access to dynamically changing charts based on users’ listening habits, is a core feature of Apple Music, and isn’t something Cupertino wants to give away. I have to say, too, that even though I didn’t subscribe in the end, this chart feature was one of my favorite aspects of Apple Music (and remains one of just a few elements which could tempt me back to the service).

Of course, access to music charts (and more) is only an in-app purchase away. Though whether Apple Music’s feature set justifies its monthly price tag is something only individual users can decide. 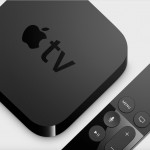 The new Apple TV is now available to order

Check out Apple's new iPhone 6s ads for Siri, Camera
Nothing found :(
Try something else