You are using an outdated browser. Please upgrade your browser to improve your experience.
iDevices
by Joe White
October 24, 2015

Fraser Speirs, technology enthusiast and educator, got to spend an hour with the iPad Pro during a special, invite-only event recently, and has shared his thoughts (while at the same time answering questions) on Twitter. Though some have argued that the iPad Pro only suits professional designers and animators, Speirs instead claims that the larger, 12-inch device has tremendous potential for iOS power users, too.

He said, in a series of tweets (via MacRumors), that the Apple Pencil works brilliantly, and functions as a precise pointer outside of drawing apps (much like a user’s digit). Speirs also applauded device’s ability to handle media, noting that photos and video look great when played on the larger iPad. Multitasking, too, is also a dream on the iPad Pro: it has the feeling of “two iPads stuck together,” Speirs explained, due to the tablet’s larger display. As such, side-by-side multitasking is going to suit the new tablet perfectly. 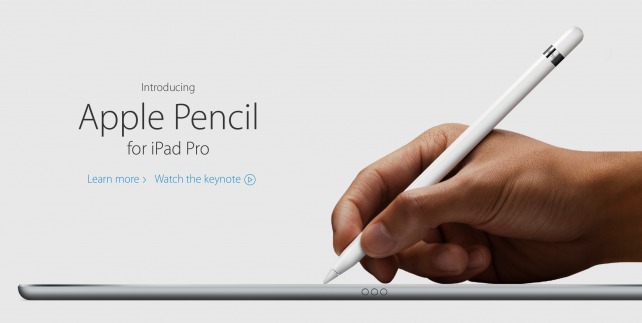 Continuing his appraisal of the device, Speirs added:

If you’re the kind of person who uses Editorial, Keynote, Pythonista, Office, Adobe, Omni and Panic apps, you should look at iPad Pro.

There are shortcomings with owning an iPad so big, however, and Speirs draws attention to these, too. “It’s not a device to snuggle up with,” he noted, though for reference work, the iPad Pro would work well. He explained that the Smart Keyboard, which offers owners of the device a physical keyboard case to type with, is a bit “fiddly” and will take some getting used to.

There’ll also need to be a big work-based drive for uses to choose an iPad Pro over a less expensive, smaller iPad Air 2. The iPad Pro is great for getting work done, and Speirs argues that the device could suit any kind of pro work. Yet if you “just use it to browse and Netflix,” a different iPad model might better suit your needs.

For more insights, including lots of Q&A, check out Fraser Speirs’ Twitter timeline.