You are using an outdated browser. Please upgrade your browser to improve your experience.
iDevices
by Jeff Byrnes
October 9, 2015

More consumers are now able to purchase the iPhone 6s and iPhone 6s Plus, as Apple has expanded sales of the devices to 36 more countries today, Oct. 9. Six more nations will get the handsets on Oct. 10.

Consumers in Bahrain, Jordan, Kuwait, Qatar, Saudia Arabia, and United Arab Emirates will be able to purchase the handsets on Oct. 10, and sales of the devices in India, Malaysia, and Turkey are slated to begin on Oct. 16.

In the United States, consumers’ options for purchasing an iPhone 6s or iPhone 6s Plus unlocked and with no carrier attached have increased. Apple’s online store now offers the option to purchase both devices SIM-free, and explains what that means compared to buying your device with a SIM card.

The SIM-free iPhone comes without a wireless contract commitment or carrier financing. It doesn’t come with a nano-SIM card for iPhone 6s, iPhone 6s Plus, iPhone 6, iPhone 6 Plus, or iPhone 5s. And because it’s unlocked, it isn’t tied to one carrier, so you can get a nano-SIM from any supported carrier worldwide, such as AT&T, T-Mobile, Verizon, or Sprint in the United States.

If you purchase a SIM-free, unlocked iPhone, you can activate the device on any GSM or CDMA carrier network. For those who don’t want a multi-year contract, or for consumers who would like the flexibility of using a local carrier when traveling abroad, the SIM-free iPhone is a good choice.

Sales opportunities of the iPhone 6s and iPhone 6s Plus continue to expand, with the promise of the devices being available in more than 130 countries by the end of 2015. Apple’s opening weekend sales in the first wave of the launch topped 13 million devices, and I’m interested to see how well the handset is received in the additional launch countries. 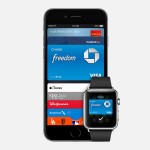 A bug affects Wallet after restoring iPhone 6s from iPhone 5
Nothing found :(
Try something else