You are using an outdated browser. Please upgrade your browser to improve your experience.
Connected Theater
by Brent Dirks
October 26, 2015

After first being unveiled in early September, the next-generation Apple TV is available to order now from Apple’s site.

It’s all about apps

Compared to the third-generation box, which still can be purchased for $69, the new streaming device is definitely a heavyweight.

The biggest addition to the device is true App Store support. Thanks to the new tvOS, you’ll able to download apps for the device. As you can guess, this will open up a huge number of possibilities for third-party developers – most importantly with games. Some of the confirmed titles we know will be coming to the platform include Manticore Rising, Rayman Adventures, Shadowmatic, and Transistor.

It is also attracting interest from console game developers as Guitar Hero Live will also be available for the device.

Non-gaming apps confirmed for the Apple TV include MLB.com at Bat, Airbnb, and many, many others. 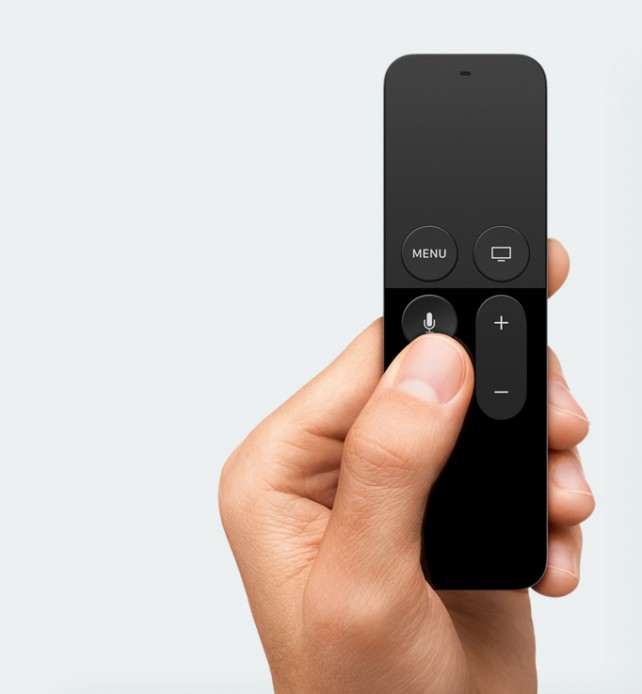 Siri can even listen for follow-up commands. For example, after asking Siri to show your science fiction movies released in the 1970s, you can then request to narrow the search even further by asking to only see “the good ones.” Siri will use Rotten Tomatoes reviews to present just those titles.

You can also ask Siri to show the weather, sports scores, access your Settings, and more. While watching a video, you can even ask Siri to fast forward two minutes and other similar requests.

Speaking of the remote, you can now take advantage of a touch surface just like on your iOS devices. With your thumb, you can swipe, scroll, select, and easily navigate around the screen. The rechargeable battery can be used for a few months before needing to be recharged with the included Lightning cable.

Third-party MFi controllers can also be used for apps or to navigate throughout the interface.

You can also customize the home screen and move the most-used apps to the top row of the homescreen.

And just like in previous models, you can access your videos, photos, music, and more. It also supports the new Apple Music streaming service and the AirPlay protocol to wirelessly stream content from your iOS device or Mac. 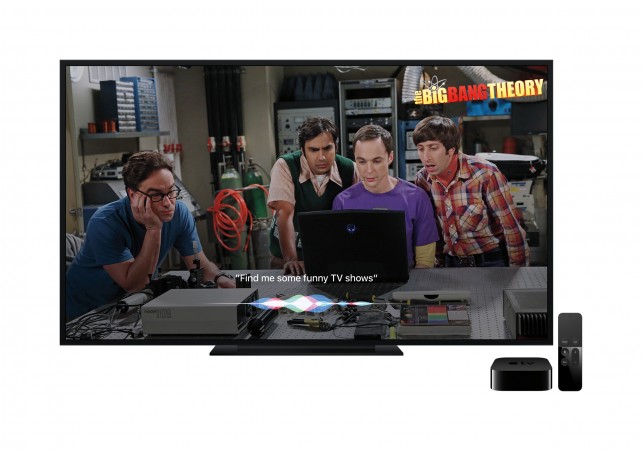 If you’re heavily invested in the Apple ecosystem, purchasing a new Apple TV seems to be close to an afterthought. The true App Store support and Siri search are big steps forward and should really bring new life to the once boring interface. And while it might not offer support for 4K content, the future definitely looks bright – especially with Apple reportedly looking to bring a streaming TV service to the box sometime next year.

Review: The Philips Hue Bridge 2.0 brings Apple's HomeKit bliss to the popular lighting system
Nothing found :(
Try something else