You are using an outdated browser. Please upgrade your browser to improve your experience.
Apple's Software
by Brent Dirks
November 3, 2015

Exactly one week after releasing the first beta of iOS 9.2 to registered developers, Apple has just followed up with the second beta version. It can be downloaded now over-the-air or through Apple’s Developer Center.

Unlike iOS 9.1, which included a number of forward-facing changes like new emoji and support for the iPad Pro and Apple TV, iOS 9.2 seems to be more focused on behind-the-scenes improvements.

The only change that has been noticed, so far, is the way the Safari Control Viewer works within some apps.

Members of the public beta program should also be able to download the new version of iOS 9.2 soon.

We will let you know if we find any major improvements in the software.

The AppAdvice tech week in review: Gearing up for the iPad Pro 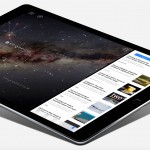 The iPad Pro will reportedly go on sale Nov. 11
Nothing found :(
Try something else