You are using an outdated browser. Please upgrade your browser to improve your experience.
iOS Reading
by Brent Dirks
November 25, 2015

If you’re looking for something else to do this long holiday weekend instead of battling huge crowds at the mall, Texture has the perfect deal for you.

For three days, starting Friday and ending Sunday, you can snag a three-month subscription to the digital magazine service for just $10. The service usually costs $10 a month, so you’ll basically receive two months for free.

Some of the magazines you can read include Vogue, Rolling Stone, National Geographic, and many more. You can access your subscription on up to five different devices, including the iPhone and iPad.

First introduced for the iPad back in 2012, the service has recently gone through some substantial changes. Originally known as Next Issue, it was renamed Texture back in September. 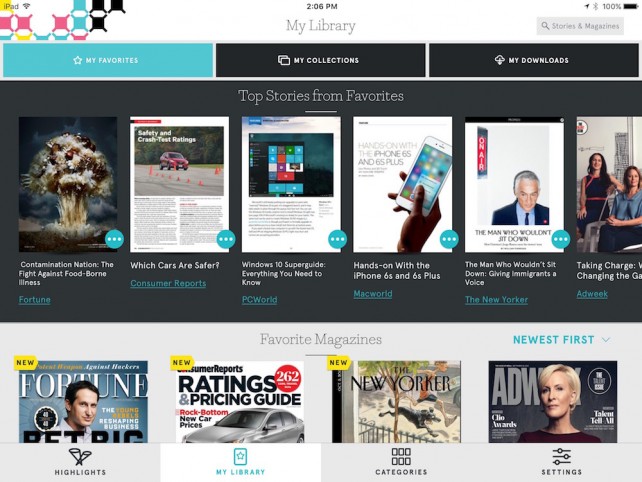 You can access one subscription on up to five devices, including an iPhone and iPad.

Along with the name change, the app added a number of unique and interesting curation tools. One of the most helpful is a new section called Collections. Updated daily, Collections feature content found across Texture’s entire magazine library, with each article organized around a theme. Recent themes have included: “Prince Harry Turns 31,” “Woman Crush Wednesday,” and “Quick Reads: The Lists.”

You can also save interesting articles to read offline.

I’ve been a subscriber to Texture for a few months, and have really enjoyed the service so far. The digital magazine pages look really great on the larger, vibrant screen of the iPad Pro.

The app, designed for both the iPhone/iPod touch and all iPads, can be downloaded now on the App Store for free.

For other news today, see: Target is now offering a $100 gift card with any Apple Watch purchase, Celebrate Christmas with gifts and snow in Century City, and Totes the Goat is set for endless, Qbert-style, hopping fun. 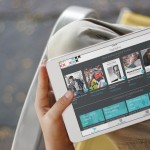 Next Issue becomes Texture, changing how we read digital magazines Next Issue makes it easier to organize your favorite magazines
Nothing found :(
Try something else