You are using an outdated browser. Please upgrade your browser to improve your experience.
Connected Theater
by Joe White
November 25, 2015

Disney has entered the online streaming market with DisneyLife, a brand new service that launched in the United Kingdom on Tuesday (with a global expansion penciled in for some point in the near future). The news forms a continuation in the general move towards online content provision, and could bring customers another step closer to cutting their cable subscription cord for good.

A streaming service for Disney fans

The premise behind DisneyLife all sounds pretty reasonable to us. The service, which has indeed launched in Britain first, costs subscribers £9.99 per month, and it provides access to Disney films ranging from animated classics to more modern, live action pictures. There’s “Toy Story” and “Pirates of the Caribbean available, among other titles, for instance. Yet everything Disney’s put on iTunes or DVD isn’t available through DisneyLife, however.

That’s right: many fans will be disappointed to learn that the uber-popular “Frozen” isn’t going to be available on DisneyLife until 2016 (according to an article published by the Guardian).

Despite this unforgivable sin, there are 2,000 TV shows available on DisneyLife, as well as 5,000 songs and a bunch of e-books, too. That should keep the little ones in your house occupied for a while, making DisneyLife more than worth its monthly fee. In terms of accessing the service, users are offered up to six profiles, and these can be configured across computers and iOS devices. Though, for the moment, at least, there’s no native DisneyLife tvOS application available, which is something of a bummer for owners of the new Apple TV.

But there are other perks

You can, however, enjoy a free Disney app download each month through DisneyLife, and of course, you’ll be able to AirPlay content over from your iOS device to an Apple TV (even if, quality-wise, this isn’t the best solution). Apparently, parental controls also make it easy to control exactly what younger audience members are viewing on DisneyLife, which is good to see.

Finally, content (including video) can be cached for offline access. And though these cached files are reportedly downgraded to standard definition, it should nevertheless help with your cellular data bill if DisneyLife is being viewed from the road or outside of a Wi-Fi network.

For more information, check out the Guardian’s original article. 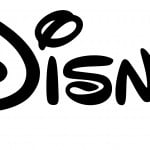 Disney will launch its own video subscription service in the United Kingdom
Nothing found :(
Try something else