You are using an outdated browser. Please upgrade your browser to improve your experience.
Connected Home
by Joe White
November 28, 2015

Prime Video, the Amazon video streaming service that’s available as part of the company’s Prime offerings, could launch as part of tvOS “within a few weeks,” according to a representative.

So far, Prime Video is available on iOS (for the iPhone and iPad), but it’s not available in a dedicated application for the fourth-generation Apple TV. The service can be accessed free of charge for Prime subscribers (with Prime accounts, of course, requiring a yearly subscription but offering a plethora of added benefits), though as of this writing, it isn’t available as part of tvOS.

But Prime Video is tvOS-bound

According to one Prime Video user who contacted Amazon regarding the lack of a tvOS app, however, an application for the platform is incoming. In fact, the software should launch before Christmas, and “hopefully, within a few weeks,” the employee added.

I sent feedback to Amazon via the Amazon Instant Video iOS app about supporting tvOS. They say it’s in development. pic.twitter.com/52fYUgtgNs

This is good news for anyone with a Prime account and an Apple TV. Though I don’t own a new Apple TV, I nevertheless use Prime Video (rather than paying an extra fee for Netflix) since it ships free with my Amazon Prime account. I’ve found it to work really well, both on iOS and on my PlayStation 3 (which I use as a makeshift media player for my HDTV at home).

Now that Amazon’s Prime Video is tvOS-bound, I have another reason to pick up one of Apple’s fourth-generation TV devices. Online or in-store, they’re available from $149.

You can download Amazon Video for iOS free of charge, and at present, it’s optimized for the iPhone/iPod touch and iPad. 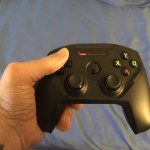 Get your gaming on the right way with the SteelSeries Nimbus 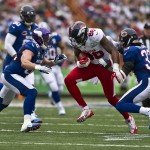 Here's why Thursday night football won't be streamed
Nothing found :(
Try something else