You are using an outdated browser. Please upgrade your browser to improve your experience.
App-dicted
by Joe White
November 16, 2015

Just Press Record, a stellar alternative to the built-in Voice Memos app that Apple ships with its iOS, is now better than ever thanks to a recent update which adds support for 3D Touch.

As of version 1.2, then, Just Press Record on Apple’s iPhone 6s and 6s Plus allows users to perform 3D Touch gestures in order to start and stop recordings from the Home screen. You can also "peek and pop" to view lists of recordings, too. 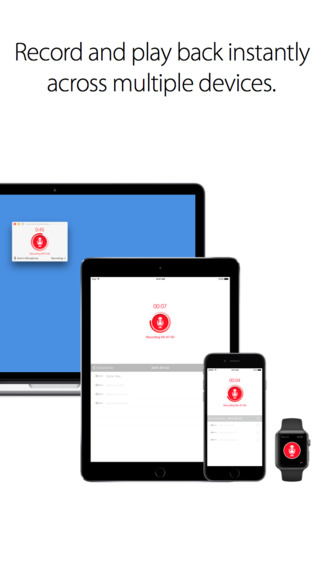 You can download the improved Just Press Record now on the App Store, and as mentioned, it’s optimized for the iPhone/iPod touch, iPad, and Apple Watch. For anyone searching for a voice memos app for Cupertino’s smart watch, look no further.