You are using an outdated browser. Please upgrade your browser to improve your experience.
App-dicted
by Joe White
November 21, 2015

Sidefari, a new $0.99 iPad app, does what a lot of iPad Air 2, iPad mini 4, and iPad Pro owners have been asking for: it allows users to load up two Safari Web pages, and to display them side-by-side using iOS 9’s multitasking feature.

This hadn’t previously been possible, since split-screen multitasking in iOS 9 allows users to bring two separate iOS apps in line with one another, and to interact with each at the same time. Since Safari is, of course, one single app (which offers multiple tabs for Web browsing), side-by-side Web browsing hadn’t been possible without introducing a second browser, like Google’s Chrome, into the mix. (The differing user interfaces meant that this solution didn’t really have the desired effect, even though it worked.)

Now, however, Sidefari is here to solve this problem. Using the Safari View Controller, the application allows iPad owners to indeed bring two Web pages side-by-side with one another using iOS 9’s multitasking. As such, users will be able to scroll through both pages seamlessly, interacting with each one as and when they like. 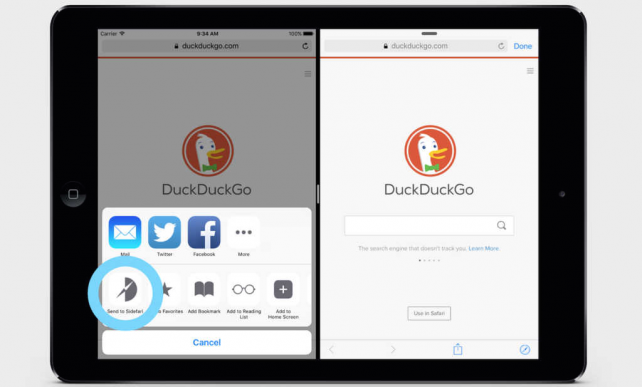 With multitasking in iOS 9, Sidefari uses the new Safari View Controller to show an extra Safari-based browser on the side of your iPad’s screen. Now you’ll be able to have two websites simultaneously on the same screen enjoying the full benefits of Safari, like content blockers.

This is all fantastically smart stuff, and it’s something iPad Air 2, iPad mini 4, and iPad Pro owners are definitely going to want to leverage. The app allows users to open links with an action extension, it integrates browsing history for quick access to previously-visited websites, and it also allows users to delete their history from Sidefari, too.

All in all, Sidefari is an iPad app owners of Apple’s newer tablets are going to want to download. It’s available now for the price of just $0.99, and as you’d expect, it’s optimized for the iPad only.

Of course, you’ll need an iPad Air 2, an iPad mini 4, or an iPad Pro in order to take advantage of iOS 9’s side-by-side multitasking.

The Apple Pencil is now available at some Best Buy locations 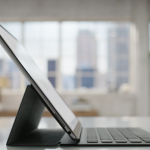 Why aren't there more professional apps for the iPad Pro?
Nothing found :(
Try something else