You are using an outdated browser. Please upgrade your browser to improve your experience.
The People Behind Apple
by Joe White
November 9, 2015

It’s not looking good for "Steve Jobs," the Danny Boyle-directed biopic starring Michael Fassbender and based on the best-selling biography by Walter Isaacson. Because after disappointing figures during its opening weekend, the movie has now been pulled from more than 2,000 theaters in the United States.

Goodness. Things really have gone from bad to worse for the picture, which indeed saw a poor turnout among theater fans during its first weekend. At the time, we explained how the movie had only earned some $500,000 more than "Jobs," the critically-slated biopic starring Ashton Kutcher. Despite initial reports claiming that "Steve Jobs" could score as much as $19 million in opening weekend sales, the picture picked up just $7.3 million. As Cult of Mac explains in its original article, by comparison, new bond film "Spectre" took $73 million during its opening weekend.

All of this means that anyone interested in catching "Steve Jobs" in their local theater should do so fast. Because at the minute, theaters are dropping the movie left, right, and center, with some 2,072 venues removing "Steve Jobs" from sale during one single weekend.

In our article at the end of October, it was questioned whether Fassbender, in his lead role as the charismatic Apple co-founder and CEO, had the pulling power to make "Steve Jobs" a commercial success. Another publication suggested that the movie was "too brainy, too cold, and too expensive" to win at the box office.

Nevertheless, critics have celebrated the picture, and as such if you haven’t seen it yet, catching "Steve Jobs" before it disappears completely would be a smart move. Then again, you could always catch the picture in a couple of months on your fourth-generation Apple TV. 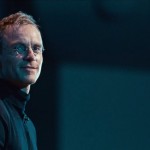 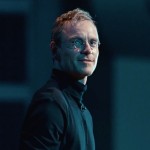 Danny Boyle's 'Steve Jobs' showcases an evolution of cinematography
Nothing found :(
Try something else