You are using an outdated browser. Please upgrade your browser to improve your experience.
Digital Communicator
by Joe White
November 10, 2015

SwiftKey, the popular (and free) replacement for the built-in iOS keyboard, is now better than ever.

As of the app’s latest version (1.4.2), users of the SwiftKey keyboard on iOS can access more than 180 new emoji, thanks to all-new support for iOS 9.1, which launched back in October. The new emoji range from food to anti-bullying messages, and are a great addition to the emoji line-up on iOS. As such, it’s fantastic to see SwiftKey add support for the update so promptly.

Promising more than 180 new emoji, the application’s developer outlines some of its favorite new additions in the app’s release notes:

Of course, in order to access the new emoji inside the application, you’ll need to have updated to iOS 9.1 on your iOS device. To do this, navigate over to the "General" section of the built-in Settings app, then touch Software Update.

So, what are you waiting for? If you’re a SwiftKey user, go grab the app’s latest update now. It’s waiting for you on the App Store.

On the other hand, if you’ve yet to discover the joys of SwiftKey for iOS, you can download the application now; it’s available free of charge, and is optimized for the iPhone, iPad, and iPod touch. 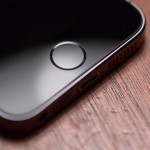 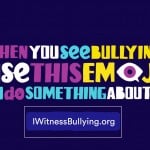 One emoji in Apple's iOS 9.1 represents a new anti-bullying campaign, I Am A Witness
Nothing found :(
Try something else