You are using an outdated browser. Please upgrade your browser to improve your experience.
Accessories
by Joe White
December 8, 2015

Select Apple retail stores in the United States, from today, are offering customers the chance of purchasing one of Devialet’s high-end Phantom speakers. These cost somewhere in the region of $2,000, and will be sold at the top 14 U.S. Apple retail stores only, according to recent reports.

There are two Phantom speakers on offer in the U.S. stores: the first is a 750-watt speaker that retails for $1,990, while the other is a 3000-watt device that will set customers back a hefty $2,390. There’ll also be a $149 remote and $329 Dialog bridge for the speakers, according to TechCrunch. In a recent report, the publication adds:

They will initially be available at five NYC Apple Stores, two in Los Angeles, and one each in San Francisco, Palo Alto, Portland, Chicago, Dallas, Miami and Washington, D.C. 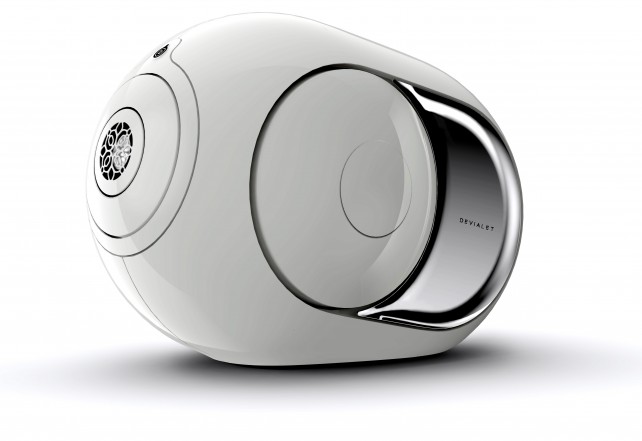 Romain Salzman, product manager of Devialet, told TechCrunch that the move towards Apple is “just the short-term phase” of its partnership with the Cupertino-based company. Arguing that “everything is possible, especially miracles,” Salzman added that Devialet’s technology could be integrated into “computers, TVs, speakers … cars.”