You are using an outdated browser. Please upgrade your browser to improve your experience.
iDevices
by Joe White
December 29, 2015

Apple’s anticipated “iPhone 6c,” a device we’ve been hearing a lot about recently, is expected to feature a larger battery than the one offered inside the iPhone 5c, support for a Touch ID-equipped Home button, and an A9 processor. Moreover, the low-end iPhone model is rumored to enter production in January, according to a recent report.

Perhaps most importantly, though, the rumored “iPhone 6c” will indeed maintain the “c” smartphone’s four-inch screen size: something a significant demographic of customers are expected to appreciate. In fact, a recent poll indicated that around 20 percent of U.S. consumers would prefer a four-inch handset, rather than a 4.7- or 5.5-inch device.

Rather than replicating the iPhone 5c, however, there’ll indeed be a number of improvements, the report from MyDrivers explains. For starters, the rumored “iPhone 6c” should include a 1,642 mAh battery, as opposed to the 1,570 mAh battery found inside the iPhone 5c. There’ll also be speed improvements, too, with the “iPhone 6c” offering a faster A9 processor and 2GB of RAM, the publication adds.

The curved “2.5D” glass edges of the iPhone 6/6s will make an appearance on the “iPhone 6c,” and the device will come in three color options: Space Gray, silver, and gold.

A smaller (but nevertheless capable) iPhone

All in all, it sounds to us like the “iPhone 6c” is going to be positioned as more of a capable, smaller-size iPhone, rather than a cheaper, entry-level handset (as was the case with the iPhone 5c). There’ll be no plastic casing, and the “iPhone 6c” is indeed expected to match the current-generation iPhone 6s and 6s Plus in terms of its internal processing capabilities.

In terms of cost, however, the same report notes that the 16GB model will retail for 4,000 yuan: this converts to around $617. The “iPhone 6c” should enter production in January, according to MyDrivers, and it’ll be available in early 2016; recent reports have argued for a March unveiling, and Apple could introduce its second-generation Watch at the same event. 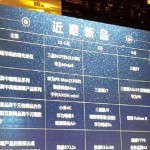 Should we expect 'Apple Watch 2' and 'iPhone 6c' in March?
Nothing found :(
Try something else