You are using an outdated browser. Please upgrade your browser to improve your experience.
That iThingy You're Wearing
by Joe White
December 9, 2015

U.S. retailer Best Buy has a new promotion on Cupertino’s Apple Watch which is worth checking out.

In fact, Best Buy’s deal offers the best discount we’ve ever seen on the Apple-made wearable. The retailer is offering $100 off any Apple Watch Sport or stainless steel Apple Watch model, meaning customers can pick up a low-end Apple Watch for just $249 (rather than $349).

The best deal so far

Sure, we’ve seen retailers in the United States (and overseas) offer Apple Watch discounts before. But this is hands-down the best one yet, and it shouldn’t be missed.

Of course, besides allowing customers to purchase the Apple Watch Sport for $249, the $100 discount also means customers can pick up a stainless steel model from $449, too. To take advantage of the promotion, click this link and check out Best Buy’s Apple Watch mini-page.

Or should you wait?

Whether now is the right time to pick up an Apple Watch is a matter of some debate, however. This is because recent reports have claimed that a second-generation model, referred to by the press as “Watch 2,” is in-development and could be released by Apple as early as spring 2016. One particular in particular noted that the second-gen Apple Watch will have its on-stage premiere in March, before launching in Apple Stores soon after.

Regardless, the Apple Watch will nevertheless make a great holiday gift, and the $249 starting price Best Buy is offering will unlock the device for many customers. 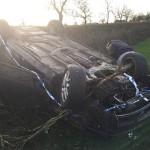 Apple Watch comes through in an emergency
Nothing found :(
Try something else