You are using an outdated browser. Please upgrade your browser to improve your experience.
Post-PC Era
by Joe White
December 11, 2015

Imago, a recent addition to the App Store, offers iOS device owners a puzzle game that comes from the makers of Ice Cream Blast, Twisty Hollow, and Match and Merge. The game, according to its developer, is all about transformations, and is designed to get players thinking hard.

Optimized for the iPhone, iPad, and iPod touch, and available on the App Store free of charge, Imago can indeed be downloaded now. But what does its developer mean, when it calls Imago a "transformative" puzzler? Well, when you first launch the app, players are walked through the gameplay in Imago, and everything becomes clear.

You need to drag tiles in Imago to combine them, grow them, and push others off of a virtual, five-by-five multicolored board. Individual squares in the game are numbered, too, and as such larger groups of tiles yield higher scores.

After playing through Imago for a few minutes, the game at first seems a little confusing. It'll take players some time to get used to the mode of gameplay on offer in Imago.

Is it much fun?

If you're a fan of this kind of puzzler, then yes. Imago has simple enough graphics, but its gameplay is more complex and intriguing. Don't be put off if Imago takes a while for you to get used to; instead, be prepared to learn the rules of the game thoroughly when you work through its in-app tutorial. 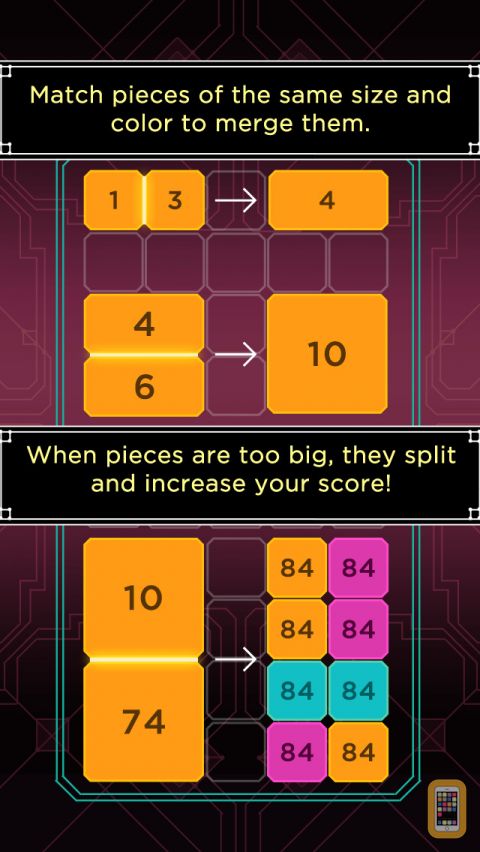 You can't argue with the price, either. Imago is available free of charge, and is supported by mobile ads. These can be removed for an in-app purchase (IAP), and IAPs offering upgrades are also available, too.

So, if you're looking for a fun puzzler for Apple's iOS, consider taking Imago for a spin. As mentioned, it's a free title that's optimized for the iPhone, iPad, and iPod touch. Check it out, and see what you think.

Imago - Transformative Puzzle Game
Arkadium
Nothing found :(
Try something else