You are using an outdated browser. Please upgrade your browser to improve your experience.
iDevices
by Jeff Byrnes
January 21, 2016

Speculations about the budget-priced “iPhone 6c” have been swirling around for months. Supposedly, Cupertino will be holding an event in March to announce new products, including the new 4-inch iPhone and Apple Watch 2. Recently, MIC Gadget, which has a reasonably good history of obtaining devices ahead of time, released a video that purports to show the iPhone 6c in all its glory.

Before we go any further, check out the video from MIC Gadget. If it fails to load, click here.

Does this video actually show the iPhone 6c? I have to admit, I have serious doubts. Nothing in the video shows any sort of perspective, like measurements of the device or side-by-side comparisons with the iPhone 6 or iPhone 6s. It’s entirely possible that the device shown in this video is actually a 4.7-inch iPhone demonstrated by someone with large hands.

What we’re expecting from the iPhone 6c, based on reports from KGI Securities analyst Ming-Chi Kuo and others, is a Touch ID fingerprint scanner, along with the required NFC chip to make the device compatible with Apple Pay. We don’t expect to see 3D Touch support in the smaller handset, since Cupertino will probably reserve that feature for its flagship devices.

Kuo also predicts that the iPhone 6c will be powered by the same A9 processor found in the iPhone 6s, but other reports point to an A8 processor instead. Those same reports claiming the device will contain the A8 processor also suggest the device will be named “iPhone 5e,” but we strongly doubt the veracity of that particular rumor. The device will possibly come in a metal casing, resembling the iPhone 5s, but with the same curved cover glass as the current generation of flagship models.

Expect more rumors to come to light surrounding the iPhone 6c, as we get closer to the proposed March event. AppAdvice will continue covering these rumors, offering our own thoughts on the possibility of the rumors being accurate. 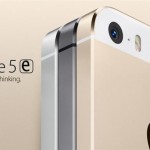 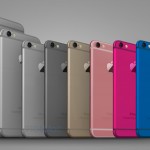 Like the iPod touch, 'iPhone 6c' could be a colorful affair
Nothing found :(
Try something else