You are using an outdated browser. Please upgrade your browser to improve your experience.
iDevices
by Joe White
January 2, 2016

Apple has made a small hike to the price of iPhones and iPads in Germany due, a recent report notes, to new private copyright levies in the European country. The news means German Apple fans are now going to have to pay slightly more to pick up a new smartphone or tablet from Apple.

For a few euros more …

According to MacRumors, the change is indeed in effect right now: prices for the iPhone 6s (and 6s Plus), the iPhone 6 (and 6 Plus), and iPhone 5s have increased by roughly five euros for each model.

On the other hand, the iPad Pro, iPad Air 2, iPad Air, iPad mini 4, and iPad mini 2 have increased by eight euros each. These price increases are new for 2016, and are compared against the Dec. 31 prices listed online, at Apple’s website.

The price increases are in line with Germany’s new copyright levies that manufacturers and importers must charge on purchases of recordable media devices. Reduced rates apply for Bitkom members, including Apple, in the amount of 5 euros for mobile phones and 7 euros for tablets. Non-members are required to charge fees of up to 6.25 euros per mobile phone and 8.75 euros per tablet.

A similar move was made to the Mac computer in 2010, MacRumors adds, with the device receiving a copyright levy of just over 10 and a half euros in 2010. Though the price increase is small compared to the total cost of a brand new iPhone 6s handset, it’s nevertheless bad news for German iOS fans since Apple’s smartphone is now that little bit more expensive to purchase.

As mentioned, the change is now being reflected in both German retail stores, and online at Apple’s website. 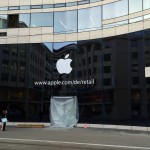 Apple implements price increase for iOS and Mac Developer Program in UK and Germany
Nothing found :(
Try something else