You are using an outdated browser. Please upgrade your browser to improve your experience.
iPlay Video
by Aldrin Calimlim
January 7, 2016

Update: Apple has pulled the app.

For us iOS-focused tech writers, there have been plenty of occasions when we find ourselves in need of creating screencasts (like screenshots, except they’re videos) of apps, workflows and whatnot on iOS. And even for regular iOS device users, the ability to record what’s happening on iOS device screens may prove quite useful.

That is, unless you have the newly released Vidyo! app for iOS.

Vidyo lets you record the screen of your iOS device using a workaround involving the simulation of AirPlay mirroring. After configuring Vidyo to work in device capture mode, you just have to exit the app, access Control Center, and select Vidyo as the AirPlay source to start AirPlay mirroring and, in effect, screen recording as well.

Vidyo allows you to capture whatever is going on on your device’s screen (video) and, optionally, whatever is coming out of your device’s speakers (audio). To end Vidyo’s device capture session, just end AirPlay mirroring itself. Your recording is then saved as a video file in the Photos app.

In addition to device capture, Vidyo lets you capture video and audio from other media inputs and even edit your media files. As outline by Vidyo’s creator, Innovative Developers, the app also enables you to: 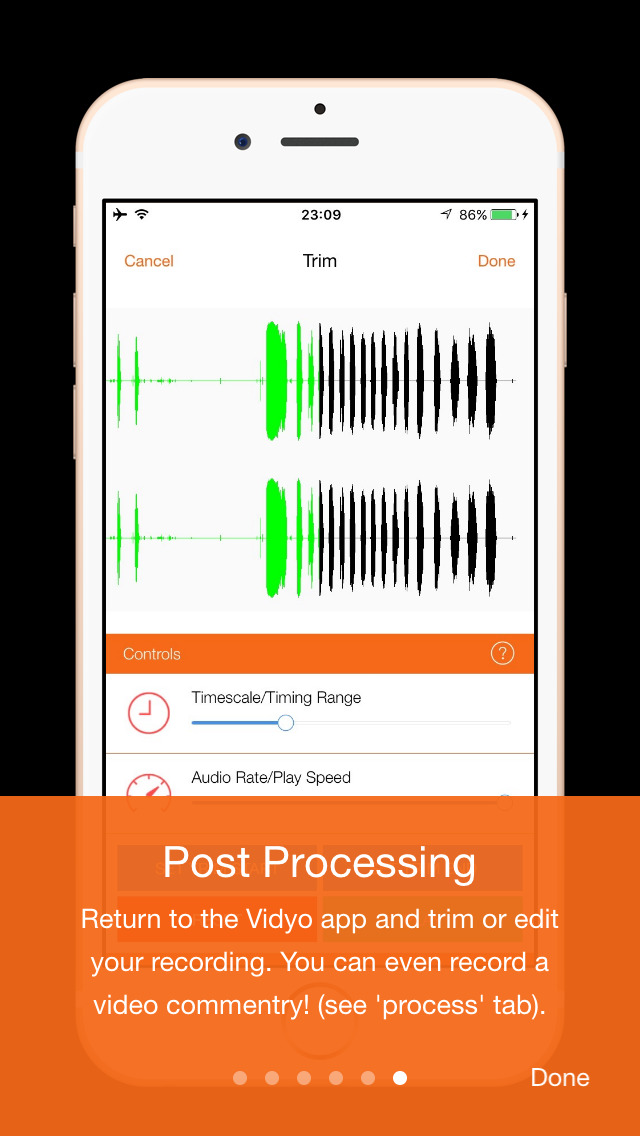 Compatible with iPhone, iPod touch, and iPad running iOS 9.0 or later, Vidyo! is available now on the App Store for $4.99.

If you want to capture your device’s screen without jailbreaking or connecting to a computer, better get Vidyo now as it’s likely to be eventually pulled by Apple for its simulation of AirPlay mirroring.

Check back here on AppAdvice for our full review of the app.

Vidyo!
Innovative Developers LTD
Nothing found :(
Try something else