You are using an outdated browser. Please upgrade your browser to improve your experience.
Ads, Ads & More Ads
by Bryan M. Wolfe
January 26, 2016

Not everyone is treated equally in the Twitter universe. To keep its VIPs happy, Twitter has stopped display ads, “or has dramatically reduced the number of ads it displays” for those folks, according to Re/code.

For the past few months, sources note that Twitter has removed ads for some to keep VIP users engaged with the service. Twitter has remained mostly quiet about what constitutes a VIP, however, telling Re/code that “the company doesn’t select the no-ad or low-ad group purely by star power, but by a variety of criteria, including the volume and reach of the tweets they generate.”

I haven’t found Twitter’s ads as intrusive as the ones Facebook promotes through Instagram. My thoughts could change, however, if the number of ads on Twitter increase.

On this prospect, Macworld offers an excellent point:

Twitter may not want to offer all its users the ability to turn off ads, but going the ‘freemium’ route is not the worst idea ever. Tons of apps already charge a few dollars to remove ads—why not Twitter? Unlike ad-free apps that usually ask for a one-time payment, Twitter would have to offer a subscription model to make it work.

Would you pay to remove ads on Twitter? What do you think of Twitter offering some people VIP packages? Leave a message below or better yet, send me a tweet. 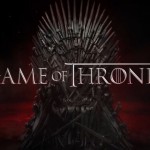 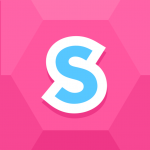 Concerned about online bullying, Stolen decides to shut down
Nothing found :(
Try something else