You are using an outdated browser. Please upgrade your browser to improve your experience.
iPhotographer
by Jeff Byrnes
January 27, 2016

The rumor of a dual-camera system in the upcoming “iPhone 7” has been circulating for a while, with suggestions that such a setup would allow for an optical zoom in the handset. According to 9to5Mac, noted KGI Securities analyst Ming-Chi Kuo has recently sent out an investor’s note that sheds new light on the speculation.

According to Kuo, the dual camera system will use Linx Imaging technology, which Apple acquired in 2015, and will only be available on the iPhone 7 Plus. The 4.7-inch iPhone 7 will apparently not feature the technology, and not all versions of the 5.5-inch handset will have it, either.

In fact, Kuo suggests that Apple may create a “premium” SKU to include the advanced camera system. According to the report, one of the cameras will provide optical image stabilization support and a wide field of view, while the second camera will feature a telephoto lens with a significantly narrower field of view.

The way the two cameras work together is quite ingenious. Independent photos are taken from both cameras, and the Linx Imaging algorithms combine the data into the final image for the user to see.

KGI expects roughly 30 percent of iPhone 7 shipments to be equipped with the dual-camera system, a very marked change from Apple’s usual feature lineup for the iPhone line. Typically, the 4.7-inch and 5.5-inch models have been practically identical, save for the differing screen sizes and video optical image stabilization. It will be interesting to see how sales play out if Apple does decide to split the iPhone 7 Plus into two distinct products. 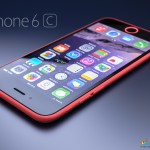 Did we just get our eyes on the upcoming 'iPhone 6c?'
Nothing found :(
Try something else