You are using an outdated browser. Please upgrade your browser to improve your experience.
iDevices
by Joe White
January 7, 2016

According to a recent patent application, Apple’s anticipated next-generation handset, the “iPhone 7,” could feature not one rear-facing camera, but two.

As Patently Apple explains, the new “dual camera zoom lens system” is outlined in an Apple patent recently published by the U.S. Patent and Trademark Office. The system, according to the patent, should allow iPhones to feature multiple rear-facing cameras “to provide optical zoom to a user.” Patently Apple notes:

Zoom is something iPhoneographers (iPhone-wielding photographers, that is) indeed miss when switching to Apple’s handset from a D-SLR or more capable handheld. While the iOS Camera app offers a digital zoom, this feature results in degraded picture quality and as such, it’s something many of us rarely use. Yet though optical zoom would indeed be a much appreciated addition to the iPhone, it isn’t all Apple’s dual camera system could bring.

The two camera modules could, for instance, allow iPhone users to shoot full-resolution pictures while recording video; at present, images captured during video recording are lower resolution stills. The patent also explains how applications like iMovie could take content shot in this way, and create perfectly synchronized movies in which images and video are positioned alongside each other in one single movie.

In fact, the limits are pretty wide ranging with this kind of software; as Patently Insider notes, they include picture-in-picture video and the shooting of standard and slow motion video simultaneously, too.

It would be wonderful if this kind of technology reached the next iPhone, though since the patent itself has only been published now, it could be we’re a way off seeing dual cameras reach Apple’s smartphone. Of course, there’s also a big chance the technology might never reach iOS devices, too. Only time will tell.

Apple is expected to unveil its next-generation iPhones in September at a special media event; before then, we’re hoping to see a second-generation Apple Watch, a preview of iOS 10 (or iOS X), and perhaps even a four-inch “iPhone 6c” handset. 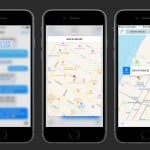 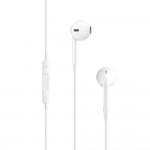 More rumors surface about the 'iPhone 7' headphone jack
Nothing found :(
Try something else