You are using an outdated browser. Please upgrade your browser to improve your experience.
Digital Communicator
by Aldrin Calimlim
January 22, 2016

If a picture is worth a thousand words, then a GIF is worth at least a thousand more. But if that still isn’t enough for you, then you can now go ahead and add a few more words to your GIF with the newly updated GIF Keyboard by Riffsy.

Apparently, Riffsy has anticipated moments when you would find yourself in want of words to add to GIFs in order to better express yourself. Now, it has added the ability to overlay GIFs with text blocks or captions.

After tapping your selected GIF, there’s now a new Caption button (accompanied by a speech bubble icon) that you can tap to start adding your caption. Type some text in the caption field that appears, tap the check button, and wait for GIF Keyboard to generate the caption over the GIF, complete with its own animated effects.

You can also start adding a caption by holding down your selected GIF and tapping the Caption button in the menu that appears.

That selfsame menu is where you can also find the Full Screen button, which when tapped lets you share your selected GIF in its full size — again. Yup, full-sized GIFs are back.

You can also access the Full Screen option by tapping the More button after selecting a GIF.

In July, Riffsy partnered with Universal Pictures to feature GIFs promoting “Minions” in GIF Keyboard. Then, in November, it did the same with Lionsgate Films for “The Hunger Games: Mockingjay – Part 2.”

Now, Riffsy has partnered with 20th Century Fox to populate GIF Keyboard with GIFs that tie in with “Kung Fu Panda 3,” which is scheduled to hit theaters on Friday, Jan. 29. Just search “Kung Fu Panda” or #KungFuPanda in GIF Keyboard to find and share GIFs featuring Po and company.

Compatible with iPhone, iPod touch, and iPad running iOS 8.0 or later, GIF Keyboard by Riffsy is available on the App Store for free.

GIF Keyboard works in practically any messaging and social network app, like Messages, Mail, Facebook Messenger, or Twitter. Just tap a GIF to copy it and then paste it into the app’s text field to share it. If copy-paste of GIFs is not supported in an app, as in Snapchat, hold down on a GIF to access more sharing options. 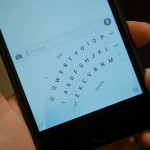 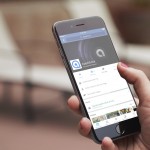 Facebook rolls out new 3D Touch features for its iPhone app
Nothing found :(
Try something else