You are using an outdated browser. Please upgrade your browser to improve your experience.
That iThingy You're Wearing
by Brent Dirks
January 22, 2016

A new report from 9to5Mac says that the next-generation Apple Watch won’t be introduced in March. Apple is currently planning to announce the new watch sometime in September, more than likely along with the “iPhone 7.”

Instead of a completely revamped watch, Apple could announce a number of new band colors at a spring event along with possibly the “iPhone 5se.” We could also hear about more software improvements for the device.

The new lineup will be similar to the September 2015 Apple Watch revision, bringing a series of new band color options to the Apple Watch lineup. We are also told that entirely new bands made out of new materials are in development in addition to partnerships with firms beyond Hermes. Last year, Apple had discussed partnering up with popular third-party accessory makers, such as Incase, in some official fashion, but it is unclear if those are ready for this March revision.

The report also says that a successor to the  iPad Air 2 could be on track to also be announced in March at a small media event. If it doesn’t make that timeframe, Apple may simply announce the new iPhone model and watch accessories online. 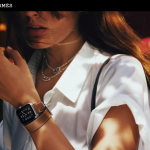 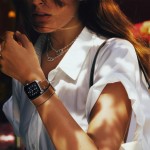 Apple Watch Hermès collection to be available online starting Jan. 22
Nothing found :(
Try something else