You are using an outdated browser. Please upgrade your browser to improve your experience.
Apple's Software
by Aldrin Calimlim
January 27, 2016

Safari has caught a rather curious bug.

As widely reported by many users on Twitter and as confirmed by us here on AppAdvice, Apple's Web browser is currently affected by a glitch that causes the app to crash immediately upon tapping the address bar. The issue is crippling Safari both on iOS and Mac, but here's the bug in action on an iPhone:

If you're not encountering the problem, then count yourself among the lucky ones who can continue using the default Web browser on Apple devices without a hitch.

It's unclear as to exactly what gives rise to the bug in some devices and what makes other devices seemingly immune to it. The issue may have something to do with a user's region, seeing as I and my friends, who are based in the Philippines, are apparently not hit by the bug, while my colleagues in the U.S. are. But then again, a number of users from around the world have been complaining about the issue too.

In any case, we'll let you know if we come across a fix for this Safari-crashing bug.

UPDATE: Apple is yet to come out with an acknowledgment of, let alone a solution to, the issue. But a couple of workarounds have emerged to prevent Safari from crashing when the address bar is tapped.

Apparently, the bug has to do with the sending of search queries to and the returning of autocomplete suggestions from Apple's Safari servers. And so, disabling Safari Suggestions has been found to make the crashing bug go away. To disable Safari Suggestions, open the Settings app, tap Safari, and turn off the switch for Safari Suggestions.

Is your device affected by this Safari-crashing bug? If you are experiencing the issue, or if you know of another fix or additional information that may shed light on this curious incident, please let us know in the comments below. 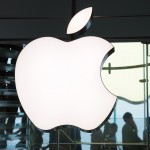 Apple records its biggest and most profitable quarter ever 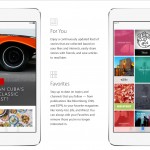 Apple will reportedly add subscription content to its News app
Nothing found :(
Try something else