You are using an outdated browser. Please upgrade your browser to improve your experience.
Security
by Brent Dirks
February 22, 2016

Retired Gen. Michael Hayden, former head of both the CIA and NSA, said in a recent interview that he doesn’t believe Apple or other tech companies should be forced to install back doors to their products:

“In this specific case, I’m trending toward the government, but I’ve got to tell you in general I oppose the government’s effort, personified by FBI Director Jim Comey,” Hayden told Capital Download in an interview about his memoir, Playing to the Edge: American Intelligence in the Age of Terror. “Jim would like a back door available to American law enforcement in all devices globally. And, frankly, I think on balance that actually harms American safety and security, even though it might make Jim’s job a bit easier in some specific circumstances.” 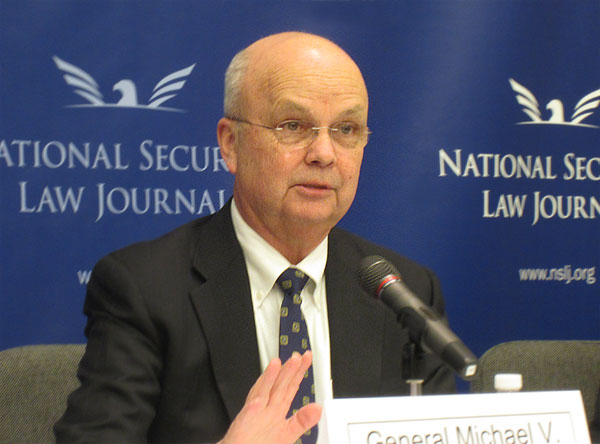 Hayden is the only person to head both the NSA and CIA.

Hayden has an impressive resume as the four-star general was the only person to ever head both agencies:

“Look, I used to run the NSA, OK?” Hayden told USA TODAY’s weekly video newsmaker series. “Back doors are good. Please, please, Lord, put back doors in, because I and a whole bunch of other talented security services around the world — even though that back door was not intended for me — that back door will make it easier for me to do what I want to do, which is to penetrate. …

“But when you step back and look at the whole question of American security and safety writ large, we are a safer, more secure nation without back doors,” he says. With them, “a lot of other people would take advantage of it.”

The saga began last week when Apple was ordered by a California judge to assist the FBI to unlock an iPhone 5c owned by terrorist Syed Rizwan Farook. He was one of the shooters that killed 14 people during an attack at the San Bernardino County Department of Public Health in late 2015.

Apple CEO Tim Cook authored a public letter on the company’s site saying the order “has implications far beyond the legal case at hand.” Earlier today, Apple also added a detailed question and answer page to its site to further discuss the issue.

A number of other tech company executives have voiced their support for Apple.

Support from a victim’s family

At least one of the victim’s family is supporting Apple. Carole Adams, mother of victim Robert, told the New York Post that she support’s Apple’s stance on encryption:

“This is what separates us from communism, isn’t it? The fact we have the right to privacy,” she said. “I think Apple is definitely within their rights to protect the privacy of all Americans.

“This is what makes America great to begin with, that we abide by a constitution that gives us the right of privacy, the right to bear arms, and the right to vote.”

For other news today, see: Tim Cook hints at an Apple car in a new interview, Apple releases iOS 9.3 beta 4 to registered developers, and Go back in time and play a classic game in Grand Gin Rummy. 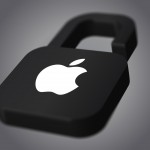 The AppAdvice tech week in review: Apple in the US government's crosshairs
Nothing found :(
Try something else