You are using an outdated browser. Please upgrade your browser to improve your experience.
Apple In Court
by Jeff Byrnes
February 23, 2016

Apple and the Department of Justice continue to stare each other down, waiting to see who will blink first. The government wants Apple to unlock an iPhone used by one of the suspects in the San Bernadino terrorist attacks, and Cupertino is refusing to do so. In a recent survey of 1,002 American adults conducted by the Pew Research Center, it appears that a slight majority of folks think Apple should go ahead and unlock the iPhone.

Just more than half, 51 percent, of those surveyed think Apple should unlock the iPhone in question. Only 38 percent disagree, while 11 percent of respondents didn’t offer an opinion on the matter. Not surpisingly, the survey indicated that quite a few people had heard about the issue before the survey. Fully 39 percent said they’d heard a lot about it. A slightly smaller portion of adults, 36 percent, stated that they had heard a little about the situation.

It’s a polarizing question, but the answer doesn’t fall along political party lines. In fact, the study finds “that almost identical shares of Republicans (56%) and Democrats (55%) say that Apple should unlock the San Bernardino suspect’s iPhone to aid the FBI’s ongoing investigation.”

While many tech giants have fully approved of Apple’s stance against the government, there has come to light one notable exception: Microsoft founder Bill Gates. The Financial Times quoted Gates, indicating that the billionaire thought Apple should cooperate with the government’s request.

This is a specific case where the government is asking for access to information. They are not asking for some general thing, they are asking for a particular case.

In a later interview with Bloomberg, Gates indicated that he was “blindsided” by that interpretation of his statement. Gates told Bloomberg that what he truly believes is that the opportunity should be taken to debate the issue and decide what safeguards should be put in place. Such thoughtful discussions are crucial here, Gates says.

These issues will be decided in Congress. The Patriot Act, how that gets evolved. You don’t want to just take the minute after a terrorist attack and swing that direction, nor do you want to completely swing away from government access when you get some abuse being revealed. You want to strike that balance that the United States leads in setting the example.

I’ve made my opinion on the matter clear in the past, but I’ll reiterate it. For Apple to cave in and unlock the iPhone in question would, in fact, set a precedent that would take us down an extremely slippery slope of eroding rights to privacy. I continue to commend Apple for its stance, and hope that Cupertino’s appeal of the court order is successful. 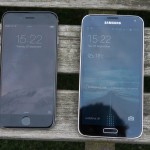 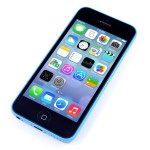 A former CIA and NSA director says the US is a ‘safer, more secure’ nation without back doors
Nothing found :(
Try something else